Rdio, one of the smaller competitors in the crowded music streaming space, is trying to stand out with a very old-school feature: hundreds of local radio stations featuring live DJs.

On Wednesday, the company announced it’s adding 500 live terrestrial radio stations to its service, giving users the ability to stream programming on their computer or mobile device. Rdio is partnering with Cumulus, the second-largest radio station owner in the U.S., to deliver the content, which will be available on both Rdio’s free and paid tiers starting immediately. iHeartRadio, the country’s largest station owner, already has its own streaming app.

When opening the Rdio app, users will see live radio stations that match their listening habits, mixed with album and song suggestions picked by Rdio’s recommendation algorithms. Once a radio station is selected, the live broadcast will play, ads and all, directly through Rdio. Users can save any songs they’re hearing to listen to on-demand at a later time.

The new feature is primarily aimed at users who haven’t yet dived into the world of music streaming services. About 41 million people currently pay for a music subscription service, while 245 million people aged 12 or older in the U.S. alone listen to traditional radio stations every week, according to Nielsen. Rdio doesn’t break out its user numbers, but CEO Anthony Bay told CNET last year that “our numbers aren’t as big as we’d like them to be.”

“There [are] still tons of people out there that are listening to music every week that haven’t used any streaming service,” says Chris Becherer, Rdio’s senior vice president for product. “Our goal is to try to bridge that audience.”

Rdio’s new feature comes shortly after Apple launched its own streaming service with a live radio station called Beats 1 as a central element. There’s been a broader shift among consumer tech companies over the last year in acknowledging the value of curatorial experts instead of relying overwhelmingly on algorithms.

“There’s a group of people that have been doing curation in this country for over 100 years quite effectively,” Becherer says, “and that’s local broadcast radio DJs.” 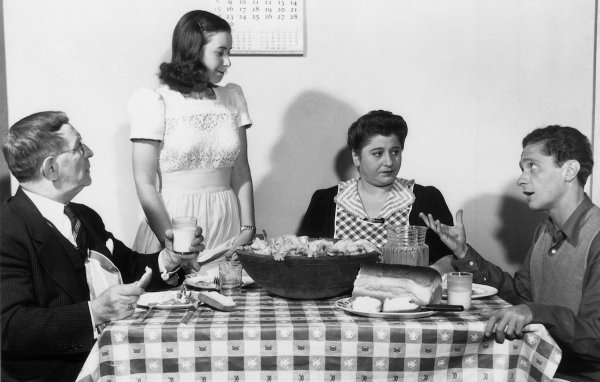 The Secret Behind Old Soap Opera Plot Twists
Next Up: Editor's Pick