The Italian judge who pronounced Amanda Knox and her former boyfriend Raffaele Sollecito guilty of murder last week has been accused of making inappropriate comments about the defense strategy that could be used in a planned appeal, a lawyer for Sollecito told the Associated Press.

Sollecito’s defense team said it would request disciplinary action against Florence Judge Alessandro Nencini for commenting on the defense strategy after the guilty verdict Thursday. In quotes published in Italian media Saturday, Nencini remarked on Sollecito’s decision not to testify in court. “The ability not to be heard in a trial is a right, but it deprives the subject of a voice,” he said.

Members of the magistrate’s governing body are seeking an inquiry into the judge after the comments allegedly violated the secrecy of deliberations and revealed alleged “partiality,” the ANSA news agency reports.

Nencini presided over the court that found Sollecito and Knox, a Seattle native who returned home to the U.S. after a 2011 acquittal, guilty last week of murdering British student Meredith Kercher in 2007.

A lawyer for Knox–who is also planning to appeal the verdict–told the AP that Nencini’s comments were “not appropriate,” but reserved further comment until after the court releases its reasoning for the verdict, expected within 90 days of the sentence.

Nencini denied making a judgment on the defense strategy and said Monday, “If my words generated a misunderstanding about the absolute legitimacy of the choice of a defendant to make voluntary statements, I regret it,” according to ANSA. 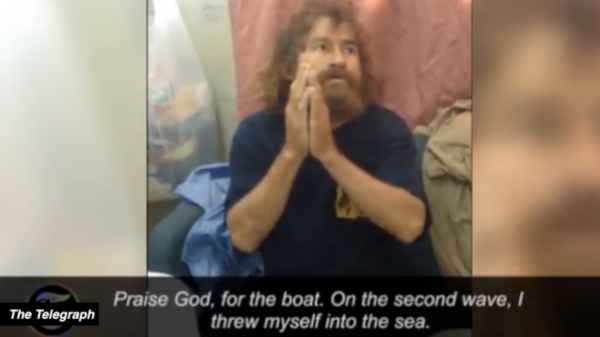 Castaway Fisherman 'Survives 13 Months' at Sea on Turtle Blood and Fish
Next Up: Editor's Pick