Traders work on the floor of the New York Stock Exchange on January 14, 2014 in New York City.
Spencer Platt—Getty Images
By Fortune

The U.S.-based traders worked with Eastern European computer hackers to target press release distribution companies in a scheme that netted over $100 million in ill-gotten gains. Nine people have been arrested in the case, The New York Times reports.

This kind of stock-trading cybercrime has become a growing problem for law enforcement. In November, the cybersecurity firm FireEye (FEYE) published a report on a group that has been targeting pharmaceutical and health care executives in order to get ahold of confidential information, likely for an illegal edge in the markets.

The latest incident appears to echo a 2005 case against an Estonian financial services firm called Lohmus Haavel & Viisemann, the Wall Street Journal notes. That group, which also stole press releases electronically, made off with nearly $8 billion before settling with the SEC for $14 million in the end.

At least six government agencies—the Federal Bureau of Investigation, the Securities and Exchange Commission, the Secret Service, the Department of Homeland Security and the U.S. attorney’s offices in Brooklyn and New Jersey—will bring the charges against the group, the Journal reports. 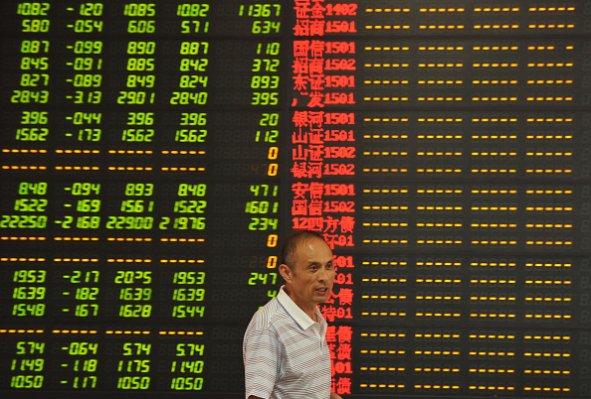 Chinese Markets Continue to Fall
Next Up: Editor's Pick