How Coke Is Subtly Blaming You for Obesity

For years the message from medical experts to the increasingly hefty American population has been the same—watch what you eat, and exercise. But since everybody eats, but not every person is physically active, the focus has really been more on the former rather than the latter. Diet is an easier target, too, because the biggest culprits are simple to spot: fried favorites, calorie-dense fast food, sugar-sweetened beverages and processed foods that pack a lot of fat-building carbohydrates and sugar. Eat less of these, the white-coat brigade keeps telling us, plus more fruits, vegetables and whole grains, and it’ll be easier to control weight, avoid putting on extra pounds and bypass serious diseases like heart problems and diabetes. The problem is, the messaging hasn’t worked. Obesity rates have continued to climb in recent decades. (While they’ve started to level off, there still aren’t many signs that they are beginning to drop.) So some people are now changing the mantra: instead of focusing on what you put into your body, turn your attention to what you do with the energy, stored up in the form of fat, that you’ve packed away. Worry less about your diet, and get active so you can burn off the unwanted calories you consume to keep your weight in check.

The sugar-sweetened beverage industry has hungrily adopted the message. Facing mounting pressure to improve their products, both when it comes to calories and overall nutrition, they’re eagerly shifting the attention—or blame—from their fare to the American public. It’s not us, they seem to be saying, but you. You’re just not moving enough to burn off all the calories you’re taking in. First, the makers of Coca-Cola, Dr. Pepper, and Pepsi, along with the American Beverage Association, launched Mixify, a campaign that encourages young soda drinkers to “mixify” their balance of sugared drinks and exercise, giving license to indulge more if they’re more active. But the latest soda-backed program is the Global Energy Balance Network, a collaboration of leading medical experts with a mission to urge Americans to focus on finding a better balance between what they eat and what they burn off (which, for the mainly sedentary American population, is about getting more active.) The network is supported by Coca-Cola, though initial invitations to scientists failed to mention that.

What’s particularly insidious about this new spotlight on exercise and energy balance is that it’s good medical advice that’s being promoted in a misleading and potentially harmful way. There simply isn’t strong evidence to show that exercise alone, at least at the level that anyone other than a marathoner maintains, can actually help people to shed pounds. “The notion that we can exercise away a bad diet is absolutely unfounded,” says Dr. David Ludwig, director of the New Balance Foundation Obesity Prevention Center and professor of pediatrics and nutrition at Harvard, “and contradicted by many research studies.” Dr. Yoni Freedhoff, assistant professor of family medicine at University of Ottawa, agrees. “The average person who sees me is definitely under the impression that the ticket to the weight loss express is exercise,” he says. “These are well-intentioned people who want to change their weight or health status predominantly through exercise without paying much attention to their intake, because they don’t believe their intake is an important or valuable contributor to their weight.” No doctor or public health official would argue with the soundness of getting more exercise. Loads of studies show the benefits of being physically active on the mind, heart, metabolism and more. But in these new campaigns, this scientifically solid advice is being tweaked to encourage the less scientifically valid idea that extra calories from processed foods or sugared drinks can be so easily worked off. “By grabbing onto causes that are beyond reproach and tough to argue with, like ‘exercise is good for you,’ Coca-Cola is getting involved in a way that isn’t in the best interest of public health,” says Freedhoff. The campaigns want us to believe that we can figure out how many calories we’re taking in, then exercise the appropriate amount to work off that additional input. But people are notoriously bad at measuring how many calories they consume and work off–and, even more significantly, our bodies don’t work that way. Calories that come in don’t simply turn into fat and sit inertly as a back-up source of energy if it’s not used. A body that gets exposed to a lot of excess sugar, such as from sodas or carbohydrate-rich processed foods, isn’t the same as one that only sees a smaller amount. Consistently high levels of sugar can change the way the body breaks it down. Like a car that’s repeatedly driven at high speeds and needs to rely on the brakes more often in order to stop, the biological metabolic brake system—in this case the insulin that processes sugar—starts to wear down and become less efficient. That’s the first step toward weight gain and diabetes.

MORE: Strenuous Exercise May Not Be That Bad for You After All

If weight were as simple as burning off the calories that come in, then foods that are high in calories, such as nuts, would be a “nightmare,” says Ludwig. Instead, study after study shows that people who eat more nuts, which are also brimming with protein, healthy unsaturated fats and fiber, tend to lose weight and weigh less than those who don’t consume them. The key, he says, is insulin. The more processed and refined a food is, such as baked goods and carb-heavy snacks like chips, the quicker the body digests it, and the more insulin the body pumps out to break down the food. The more insulin that circulates around, the more fat is sequestered away, since the excess calories far exceed what the body needs so it stores the fat away for future use. That’s why the idea of just working off the calories you eat doesn’t quite capture all the hormonal and metabolic changes that occur in the body when food comes in. “If you’re a toaster oven, then the calorie balance model is for you,” says Ludwig. “If you’re a human, it’s not helpful. By the calorie balance theory, we should cut back on everything. There should be no difference in cutting back on fruits and vegetables than from cutting back on soda. Instead, we all intuitively know that’s not the case. Eating too much fruit is not the road to obesity.” But there is a certain appeal to the notion of being able to compensate for that can of soda with a jog around the block. And the beverage makers know that, which explains why they’re backing the exercise message, similar to the way that the tobacco industry supported and ultimately biased results of studies claiming that light or low tar cigarettes were less harmful. In response to a recent New York Times article about Coke’s involvement in the network, the company released a statement: “At Coke, we believe that a balanced diet and regular exercise are two key ingredients for a healthy lifestyle and that is reflected in both our long-term and short-term business actions,” the company wrote. But the soda makers’ strategy of shifting responsibility onto consumers and making it their choice to work off what they eat or drink misses the point. Consumers do have choices to make, but Dr. David Katz, co-founder and director of the Yale-Griffin Prevention Research Center, likens the American public to flood victims, caught in a dangerous current of sugar-sweetened beverages, fast food, calorie-dense but nutritionally barren options and forced to “swim” by adopting a healthier diet or becoming more physically active. But, notes Freedhoff, “Without a levy, even the best swimmers get tired.” Until the food environment in which Americans find themselves changes dramatically — such as with taxes on sugared sodas, bans on advertising sugared foods to children and stricter vetting of health claims, like the energy balance message being promoted now, Americans will continue to be carried along with the unhealthy tide toward obesity, diabetes, and heart disease. “If you want to live a healthful life and maintain a healthy body weight, you need to go out of your way to live abnormally in an environment where normal isn’t healthy,” says Freedhoff. “It should really be the other way around.”

Correction: An earlier version of this story misstated the affiliation of Yoni Freedhoff. He is at the University of Ottawa. 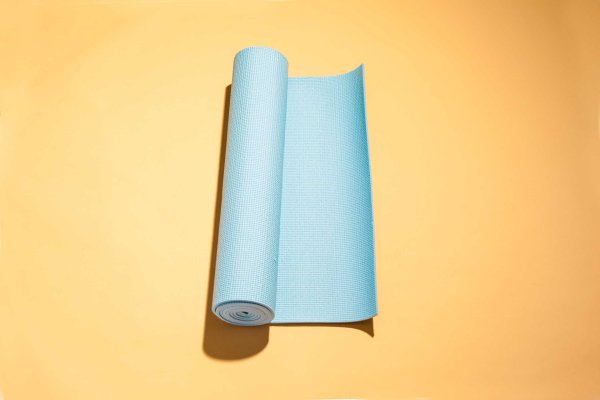 Yoga Is Just As Safe As Other Exercise, Study Finds
Next Up: Editor's Pick