There’s one thing Alphabet and Apple’s executives seem to agree on: the importance of a comfortable, environmentally-friendly shower.

Apple CEO Tim Cook and the Schmidt Family Foundation, founded by Alphabet (formerly Google) executive chairman Eric Schmidt, are both first investors in a six-person shower start-up called Nebia. The company spent the past five years engineering a showerhead that atomizes water, creating tiny droplets the company says cover 10 times more surface area than a normal shower to. The misty shower consumes as little as six gallons of water per use, compared to 2o gallons needed for a normal shower.

The shower technology comes at a time of need for water-efficient devices, as California’s drought drags on for a fourth year. In June, California Governor Jerry Brown mandated that the state cut its water use by 25%, a goal the state surpassed after cutting use by 27.3%. Residents have been encouraged to save water by letting their lawns go dry or by taking shorter showers.

Nebia has already started to test its showerheads on the Google and Apple campuses, Stanford University and Equinox gyms. And, in order to ship out its first orders in the spring of 2016, the start-up began a Kickstarter fundraising campaign on Tuesday. 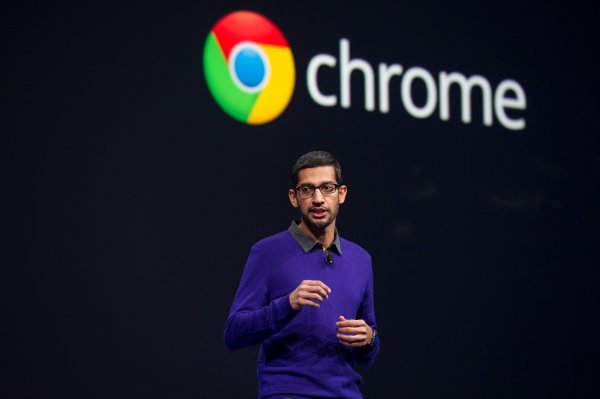 These Businesses Are Now Part of Alphabet, Not Google
Next Up: Editor's Pick