On Sunday’s Ballers, Dwayne “The Rock” Johnson proved that he’s as big a Swiftie as ever, singing along to “Shake It Off” on the radio.

This is certainly not Johnson’s first time paying homage to pop’s reigning queen. The actor brought down the house when he lip-synced to the song for the series premiere of Lip Sync Battle, including the song’s ultra-important rap (“rap”) breakdown.

Swift must have relinquished to HBO her iron-fisted control over her brand, given that Johnson revealed to Extra on the red carpet for Furious 7 that he had to personally ask her permision to lip-sync to the song for Spike’s hit show. “Taylor, I just gotta send you a personal appreciation. Thank you so much,” he addressed the camera, going on to tell Mario Lopez that “she’s notorious about protecting her music and her content — which she should be — but she heard I wanted to sing it and she was like, ‘Rock got it, just take it.’ I got the blessing from Tay Tay!”

May The Rock receive many more blessings from Tay Tay in the future, because the below clip is a true blessing. 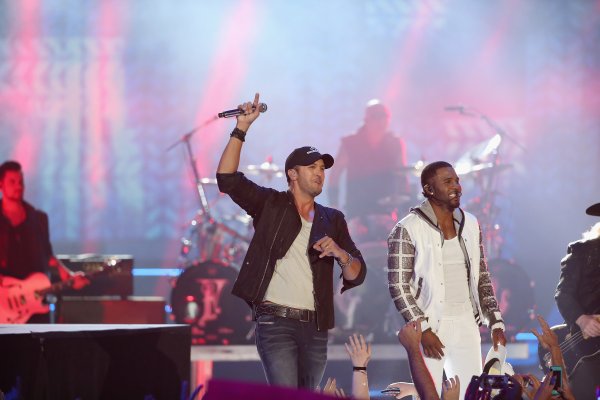 Luke Bryan Duets With Jason Derulo and It's Not as Weird as You Think
Next Up: Editor's Pick