State of Emergency Declared in Ferguson After Some Protests Turn Violent

A group of demonstrators yell in front of police officers during a protest march on West Florissant Avenue in Ferguson, Mo. on August 9, 2015.
Michael B. Thomas—AFP/Getty Images
By Nolan Feeney and Sarah Begley

St. Louis County Executive Steve Stenger has declared a state of emergency in and around Ferguson, Mo. following the arrest of several dozen protestors the day after officers shot a man they say opened fire on police on the anniversary of Michael Brown’s death.

“The recent acts of violence will not be tolerated in a community that has worked so tirelessly over the last year to rebuild and become stronger,” Stenger said in a statement. “The time and investment in Ferguson … will not be destroyed by a few that wish to violate the rights of others.”

Police arrested around 50 demonstrators on Monday, including Cornel West, who blocked a federal courthouse in St. Louis while protesting racial bias in law enforcement.

A group of activists blocked off part of Interstate 70 near Ferguson on Monday evening, holding hands and stopping traffic, as witnesses documented it on social media. Video footage posted by CNN showed police officers apprehending one of the protestors.

Harris’ father, however, called the police’s version of the story “a bunch of lies” and said two girls that were with his son told him Harris Jr. was unarmed.

U.S. Attorney General Loretta Lynch condemned the violence on Monday. Speaking at the national conference of the Fraternal Order of Police, she said, “The weekend’s events were peaceful and promoted a message of reconciliation and healing. But incidents of violence, such as we saw last night, are contrary to both that message, along with everything that all of us, including this group, have worked to achieve over the past year.”

The Department of Justice said in a statement that the arrested protestors “are being processed as quickly as can administratively be accomplished…and are being released on a summons.”

Most Popular on TIME
1
What the Harris Pick Means for Democrats
2
Kamala Harris Is the Third Woman to Run as a Vice Presidential Candidate for a Major U.S. Party. Here's What to Know About the First
3
The Last Attempt to Stop Japan’s Surrender in World War II 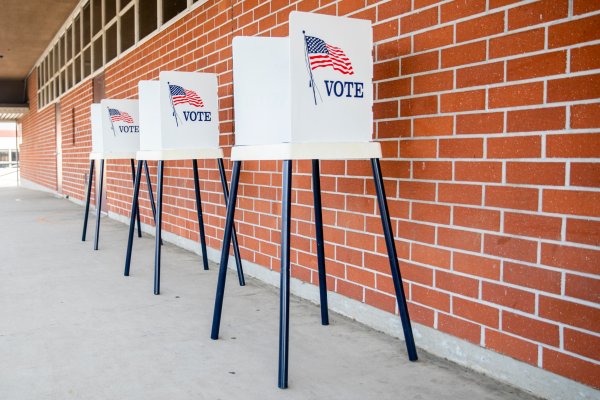