Why Laptop-Tablet Hybrids Aren't the Future of Computers

I’ve long used type of portable computer for work, starting with the early so-called “luggables” that weighed as much as 10 pounds. Portable computing technology has thankfully evolved since then, and PC vendors are now creating ultralight laptops with brilliant screens that last up to 12 hours on a single charge. When I hit the road today, I’m carrying a 12-inch MacBook, weighing in at a paltry two pounds and sporting a 10-hour battery.

While laptops got faster and lighter, the overall form factor has mostly remained in the realm of the “clamshell.” About 95% of all laptops sold today are of this design, which basically mimics a book (hence “notebook”).

But about four years ago, laptop makers finally took a detour, introducing something called 2-in-1s. These touchscreen-touting laptop-tablet hybrids, like Microsoft’s Surface lineup, let you pick whichever form factor best suits your needs for a given moment: Laptop mode for hardcore productivity, tablet mode for browsing the daily headlines.

2-in-1s were prompted by Apple’s introduction of the iPad and PC makers’ fear that tablets could one day replace laptops. Now all major PC vendors offer some form of a 2-in-1. And it was the 2-in-1 concept that drove Microsoft’s design for Windows 8, widely considered a flop that Microsoft’s just now replacing with Windows 10. Microsoft’s rush to publish a touchscreen-optimized version of Windows hurt the Windows brand, but the company has the chance to right its wrongs with Windows 10, which is more versatile and easy-to-use.

I’ve been testing the Lenovo Yoga and a Microsoft Surface Pro. Personally, I like the option of switching between tablet mode and laptop mode. But I question whether 2-in-1s are right for everybody. My Dell XPS 13 is a normal laptop with a touchscreen, and as a productivity tool, it works just fine — adding touchscreens to Windows laptops makes sense now thanks to Windows 10.

But our research shows computer buyers like businesspeople and students still want a traditional laptop, rather than a hybrid. They’re bringing tablets into their workplaces and schools in large numbers, but they’re not really asking for their laptops to be tablets, too.

Still, the PC industry believes 2-in-1s are the future of portable computing. That’s because PC makers have hit a wall with today’s desktops and laptops, with PC demand in negative territory and offering no sign of recovering. But if PC makers can convince consumers they need a 2-in-1, it could drive significant new sales.

I have my doubts this will ever happen. But it’s possible one company could be the catalyst: Apple. Rumors are flying the iPhone and iPad company will soon introduce a 12.9-inch tablet that, with a keyboard accessory, could be used either as a desktop or a laptop. Apple’s influence on the PC market is so great that if Apple endorsed the 2-in-1 idea in any way, it could validate the category as it did with MP3 players, smartphones and tablets beforehand. Either way, get ready for the PC industry to push 2-in-1s hard. 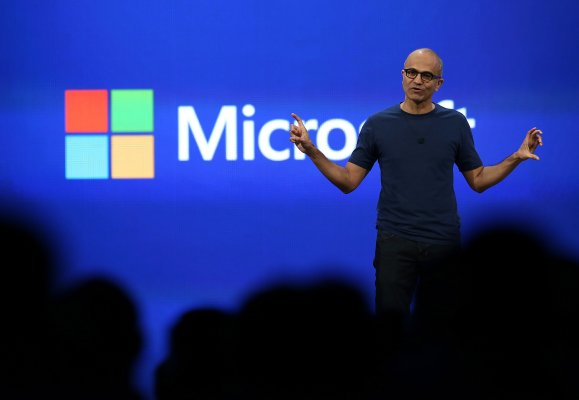 Why Windows 10 Is So Important for Microsoft's Future
Next Up: Editor's Pick