As if a hit season of Comedy Central’s Inside Amy Schumer and the critically acclaimed Trainwreck weren’t enough, Amy Schumer is capping off her year with a new comedy special. Amy Schumer Live at the Apollo arrives on HBO in October, but you can catch a preview of the special above. It’s Schumer’s first comedy special in three years—her last one, Mostly Sex Stuff, came out in 2012. And while this clip doesn’t give much away, between talk of UTIs and sex positions, it’s safe to say there will be some sex stuff. 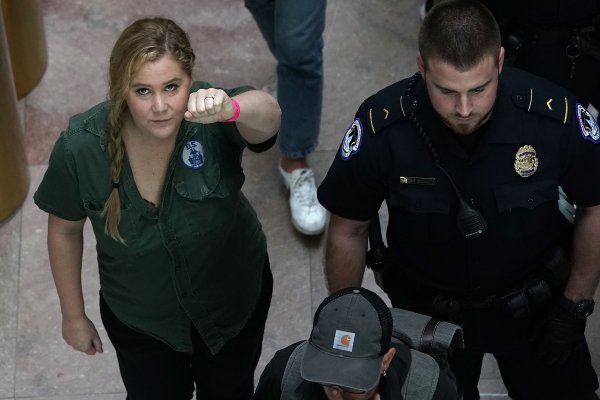 Kavanaugh Protesters Clash With Police at the Capitol
Next Up: Editor's Pick