This 1943 photo shows a boat carrying people during the escape across the Oresound of some of 7,000 Danish Jews who fled to safety in neighboring Sweden
AFP/Getty Images
By Yoav J. Tenembaum / History News Network
History News Network

Seventy years ago this year World War II came to an end. Alongside the collective sigh of relief in Allied countries that the most brutal war humanity had ever witnessed was over, there was as well a sense of disbelief at the sight of the concentration camps, the existence of which to be sure had been well-known to the Allies.

Humanity had not witnessed anything resembling the Holocaust. A systematic, rational, industrial plan designed to eliminate completely an entire people from the face of the earth, the Holocaust was to become an exceptional phenomenon in History. Carried out by one of the most cultured nations the world had ever known, the Holocaust would turn out to be a distinctive story of genocide.

Within this unique event, unique individuals emerged who were willing to risk their lives in order to save the life of a Jew. The most well-known of them all was Raoul Wallenberg, the Swedish diplomat, who is credited with having saved, directly and indirectly, the lives of tens of thousands of Jews in Hungary. To be sure, there were many others. Wallenberg in a sense was primus inter pares, first among equals. His fate remains a mystery to this day. At the end of the war he was taken by Soviet forces never to be seen again.

Alongside these singular individuals, there was a singular nation that, as a collective endeavor, saved most of its Jews: Denmark.

In a sense, the role played by Denmark was distinctive, different from anything else known to us during the Holocaust.

To begin with, contrary to what happened in other countries, Denmark’s populace acted collectively, spontaneously and in an organized manner in order to save its eight thousand Jewish compatriots.

Further, the person to whom the surviving Jews of Denmark owed their lives, apart from the Danish people, was a German official, Georg Ferdinand Duckwitz, who revealed to the Jewish community his government’s plan to deport the Danish Jews to concentration camps. This was on the 28th of September 1943. Indeed, faced with disbelief on the part of the Jews, Duckwitz insisted that his information was true and that he was not trying to deceive them.

Also, in an unprecedented manner in those years, Danish fishermen ferried seven thousand and two hundred Jews to Sweden in a coordinated action that saved the lives of most of Denmark’s Jews.

Still, almost five hundred Jews were sent to the Theresienstadt Ghetto in Czechoslovakia. However, all of those Jews, but 51 of them, survived the Holocaust as well due largely to the Danish representations to Germany, inquiring for the well-being of the deported Jews.

The Danish case proved that a collective, spontaneous and organized endeavor aimed at saving Jews could be successful, even in the face of German might and determination.

True, on the whole, the attitude displayed by Nazi Germany toward Denmark was more benevolent than the attitude shown to most other nations in Europe. Indeed, German occupation in Denmark was relatively mild (in Nazi terms).

Nevertheless, when it came to the Jews of Denmark, Germany was no less virulent in its determination to eliminate them, once the decision was taken, than it was in other cases throughout Europe and beyond. This is where the role of Denmark’s non-Jewish population becomes so exceptional, and indeed so crucial. Without them, the Danish Jews would have perished as other Jews elsewhere did.

There were many cases of individuals who tried to save Jews during the Holocaust. These were individual examples of heroism. The Danish case is singular in that it was a collective, nation-wide effort.

There have been a few myths attached to the Danish story. For instance it has been said that Denmark’s king wore a yellow Star of David badge in public to identify himself with Jews who were compelled to wear such a badge to distinguish them from the non-Jewish population by the German occupying forces. This is apparently untrue. It never happened, so far as we know.

Further, some of the Danish fishermen who actually conveyed Jews to safety in Sweden were apparently paid to do so.

Notwithstanding the myths and partial truths, Denmark’s case is still unique in the context of the Holocaust.

In the darkest hour in Jewish history, indeed in human history, the people of Denmark kept a candle of dignity alight, a candle which can be seen in the distance today, seventy years after the end of World War II, as clearly as it was then. 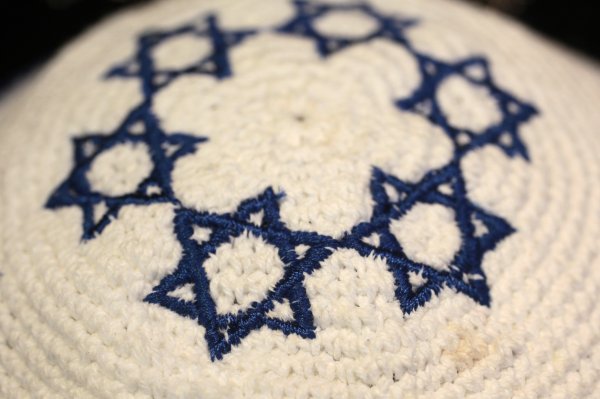