Uninsured Rates Are Plummeting in These 7 States

A computer screen reads, "Enroll by Dec. 23 for coverage starting as soon as Jan 1." as agents from Sunshine Life and Health Advisors help people purchase health insurance under the Affordable Care Act at the kiosk setup at the Mall of Americas on December 22, 2013 in Miami, Florida.
Joe Raedle—Getty Images
By Jack Linshi

The proportion of Americans without health insurance has plummeted in states choosing to expand Medicaid eligibility under the Affordable Care Act, according to results from a Gallup survey published Monday.

Uninsured rates fell below 5% in seven states in the first six months of 2015: Rhode Island, Massachusetts, Vermont, Minnesota, Iowa, Connecticut and Hawaii. Those seven states, all of which recently expanded Medicaid coverage, join Massachusetts as the only states to be at or below that rate, according to Gallup.

Arkansas and Kentucky saw the most significant drops in uninsured rates between between 2013 (before the Affordable Care Act’s core provisions took effect) and the first half of 2015. Uninsured rates in Arkansas fell from 22.5% to 9.1%, and in Kentucky fell from 20.4% to 9.0%, respectively. Those states’ drops coincided not only with their expansion of Medicaid but also the establishment of their own state health exchanges, the poll found.

The findings, arriving just weeks after a Supreme Court ruling upheld the Affordable Care Act’s subsidies, continue to challenge states like Florida and Texas, where political leaders are hesitant to expand Medicaid over cost concerns. 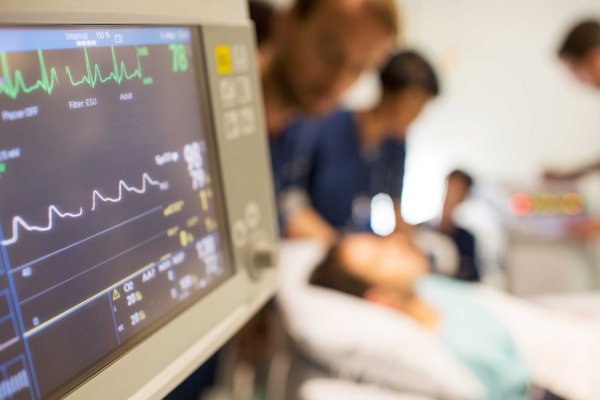 Hospitals Reduce Deaths, Hospitalizations, and Costs Among Medicare Patients
Next Up: Editor's Pick