What the Most Successful People Do Before Breakfast

Mornings are an underutilized tool to aid productivity.

We’re often at our peak in the mornings. This is why Mark McGuinness suggests the single most important change you can make to your workday is to move your creative time to mornings. We’re more mentally alert and our mental batteries are charged.

Where do we spend all of this energy? Email. Meetings. We fragment our time. This, however, isn’t the path to success. There is another way.

“Before the rest of the world is eating breakfast,” writes Laura Vanderkam in What the Most Successful People Do Before Breakfast “the most successful people have already scored daily victories that are advancing them toward the lives they want.”

Vanderkam studied successful people and she discovered that early mornings were when they had the most control over their own schedules. They used this time to work on their priorities.

Taking control of your mornings is very much like investing in yourself. This is how Billionaire Charlie Munger got so smart: he set aside an hour in the mornings every day just to learn.

While there are 168 hours in the week not all of them are created equally. Vanderkam writes:

Most people find doing anything that requires self-discipline easier to do in the morning. The same can be said for focus.

Roy Baumeister, author of Willpower: Rediscovering the Greatest Human Strength, has spent more time studying willpower and self-discipline than most. In his book he highlights one famous experiment where students were asked to fast before coming into the lab. They were then put into a room with food. Specifically, radishes, chocolate chip cookies, and candy. Some of the students could eat whatever they wanted while others could only eat the radishes. After the food, they were supposed to work on “unsolvable” geometry puzzles.

This is a problem because you don’t just have one willpower battery for work and another one for home. They are the same battery. And this bucket is used to control your thought processes and emotions. As Baumeister said in an interview:

Most self-control failures happen in the evening after a long day of traffic, bickering kids, pointless meetings, and other things that zap our self-control.

Baumeister continues:
“Diets are broken in the evening, not the morning. The majority of impulsive crimes are committed after 11: 00 p.m. Lapses in drug use, alcohol abuse, sexual misbehavior, gambling excesses, and the like tend to come about late in the day.”

After a good night’s sleep your battery is charged and ready to go.

In What the Most Successful People Do Before Breakfast, Vanderkam writes:

“Getting things down to routines and habits takes willpower at first but in the long run conserves willpower,” says Baumeister. “Once things become habitual, they operate as automatic processes, which consume less willpower.”

If we learned anything from Mason Currey’s book, Daily Rituals: How Artists Work, it was that routines and habits played an important role in success.

In 1887 William James wrote on Habit:

As Tierney and Baumeister write in Willpower, “Ultimately, self-control lets you relax because it removes stress and enables you to conserve willpower for the important challenges.”

So what are the best morning habits?

Vanderkam writes in What the Most Successful People Do Before Breakfast:

Nurturing careers
The reason people do work requiring focus early in the day is the lack of interruptions. Once the day gets going, everyone wants a slice of your time.

Nurturing relationships
One of the secrets to happy families is that mealtime with family matters.

Nurturing yourself
The general sentiment here is that everyone else is sleeping so you’re not missing out on something important and you can spend time taking care of yourself, which generally leads to a positive impact on your productivity throughout the day.

In What the Most Successful People Do Before Breakfast Vanderkam suggests making over your mornings by tracking your time, picturing the perfect morning, thinking through the logistics, building a habit, developing a feedback loop and tuning up as necessary.

Shawn Achor, author of The Happiness Advantage and a self-proclaimed night owl, taught himself to appreciate mornings by thinking about the positive.

This piece originally appeared on Farnam Street. Join over 60,000 readers and get a free weekly update via email here.

Read next: The Morning Routine Experts Recommend for Peak Productivity 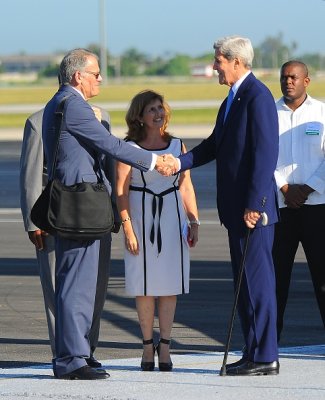 Congress Should Let Diplomacy Work in Cuba
Next Up: Editor's Pick