A Way Forward for LGBT and Religious Liberty Rights

What should happen now that the Supreme Court has legalized gay marriage? So far, the answer depends on whose side you’re on.

For religious and social conservatives, a major goal going forward is national legislation protecting the rights of those who object to gay marriage on religious grounds. A First Amendment Defense Act, which would “prevent discriminatory treatment of any person on the basis of views held with respect to marriage,” is gaining support among conservative members of Congress and many pro-family groups.

For LGBT Americans and their allies, a major goal going forward is national legislation protecting the basic civil rights of LGBT Americans. An Equality Act, which would ban discrimination on the basis of sexual orientation and identity in employment, public accommodations, education, housing, federal funding, and jury service, is gaining support among liberal members of Congress and many pro-equality groups.

One way to address these two sets of goals is to continue the culture war. We know what this looks like: Leaders on both sides argue that the contest is between good and evil, and that any gain for one side is a loss for the other.

From this perspective, some conservatives insist that all efforts to safeguard gay rights are incompatible with religious liberty. For example, here is Russell Moore, who leads the Ethics and Religious Liberty Commission of the Southern Baptist Convention, explaining his generalized opposition to gay rights legislation: “Proposals to address these concerns inevitably lead to targeted assaults on religious liberty.” And here is the author Ryan Anderson of the Heritage Foundation: “Sexual orientation and gender identity laws threaten fundamental First Amendment rights.” Any questions?

Conservatives can also push the idea of conscientious objection to its utmost extreme. For example, instead of continuing and clarifying a tradition of largely confining the right of religious exemption regarding gay unions to religious and religiously-affiliated organizations, the draft of the First Amendment Defense Act appears to grant that right to every individual and private business in the land. Would hotel or restaurant owners objecting to gay marriage have the right to refuse service to wedding parties? Perhaps!

The response from the left can be equally unbending. Some advocates argue that all public acts of conscientious objection to gay marriage are morally suspect and likely amount to unlawful discrimination. Privately, you can continue to believe what you want. But publicly, gay marriage is now marriage, and conscientious objectors should be given little if any leeway to exempt themselves from its requirements. Any questions?

Meanwhile, if gays and lesbians can marry in the morning but still be fired or evicted or demeaned in the afternoon, isn’t there still much more to do?

The problem with continuing the culture war along these lines is that all the fighting might prevent both sides from achieving anything—which would be tragic, since both sides stand for important values. It’s simply inaccurate to say that gay rights and religious freedom can’t co-exist in America.

In fact, each side probably needs the other in order to succeed. Recall what happened recently in a number of states: In states including Arizona, Indiana, and Kansas, religious liberty bills paying complete attention to the rights of religious dissenters and zero attention to the rights of gays and lesbians achieved almost nothing and made no one happy. But Utah was different. Encouraged by the LDS Church, long an opponent of gay marriage but now in mutually respectful dialogue with gay and lesbian leaders, the Utah legislature passed legislation earlier this year that combined reasonable exemptions to protect religious freedom with new statewide legal protections for gays and lesbians.

Congress could do essentially the same thing by combining the Equality Act with the First Amendment Defense Act. The details would require hard bargaining, but the outlines of a win-win agreement are readily apparent. Religious liberty partisans would agree to nationwide civil rights protections for LGBT Americans and to largely restrict the exemptions they desire to religious organizations. And by agreeing to carefully tailored exemptions, pro-equality partisans would be much more likely to gain new legal protections for millions of LGBT Americans.

Neither side would get everything. But both sides would gain something important. And we as a diverse nation would have taken another step toward learning to live together. 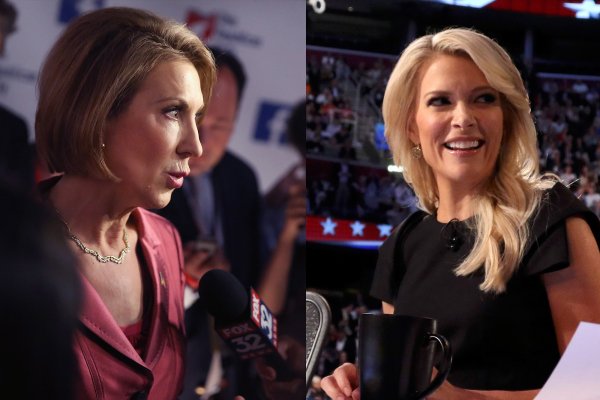 How 2 Women Won an All-Male Debate
Next Up: Editor's Pick