George Clooney will appear on the debut show, the host tweeted to his followers on Friday, adding, “Could one of you let him know?”

The news came the morning after Jon Stewart’s final Daily Show episode, in which Colbert paid heartfelt tribute to his mentor. David Letterman vacated the host seat on CBS’s Late Show on May 20; Colbert will take over the stage at New York’s Ed Sullivan Theater on Sept. 8. With Clooney at his side, he’ll be in very good company. 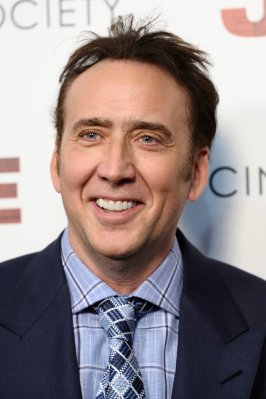 Nicolas Cage: ‘Personal Issues Don’t Have a Place in Film Commentary’
Next Up: Editor's Pick