Republican front-runner Donald Trump believes he won Thursday’s inaugural Republican presidential debate, but he’s still bristling over the tenor of the questions asked of him by Fox News.

“The questions to me were not nice,” Trump told a crowded mass of reporters in “spin alley” after the debate. “I didn’t think they were appropriate.”

From the outset, the real estate mogul was pressed on his commitment to the Republican Party, controversial statements about women and immigrants, his business record and shifting positions on issues, resulting in some tense moments on stage.

Trump reserved his harshest criticism for Fox News host Megyn Kelly, who pressed him on a history of critical and insulting remarks about women, complaining, “I think Megyn behaved very nasty to me.”

Trump said he would not call Fox News boss Roger Ailes to complain about his treatment, however.

After the debate, Michael Cohen, Trump’s special counsel, criticized Fox News contributor and pollster Frank Luntz over a televised focus group in which Republicans criticized Trump for refusing to pledge to back the ultimate GOP nominee and rule out a third party run.

Trump was still floating a potential independent candidacy after the debate, telling reporters he believes he would beat Hillary Clinton either way. “I would beat her definitely as a Republican, an independent is tougher,” he said.

Trump said he enjoyed the opportunity to mingle with his rivals, expressing praise for former Florida Gov. Jeb Bush for declining to criticize him on stage.

“I really had a good time,” Trump said. “I think it was an amazing debate. I got to know some of the [other candidates] and they really are incredible people.” 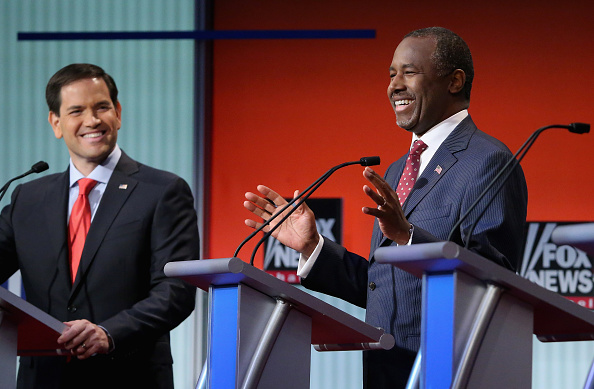 These Two Candidates Added the Most Twitter Followers During the Debate
Next Up: Editor's Pick