A general view at the Penmar Golf Course after a single-engine plane piloted by actor Harrison Ford crashed in Venice, California on March 5, 2015.
JB Lacroix—WireImage/Getty Images
By People / Jodi Guglielmi

Nearly five months after Harrison Ford’s vintage plane went down shortly after taking off, a new report released by the National Transportation Safety Board is pointing to engine malfunction as the cause of the crash landing.

In the findings, the NTSB concluded that the main metering jet for the plane’s carburetor had come loose, resulting in excessive fuel flow and the ultimate loss of engine power.

Ford reported engine loss and requested an immediate return only minutes after taking off from the Santa Monica Airport on March 5. The 73-year-old Star Wars actor crash-landed his Ryan Aeronautical ST3KR – a restored World War II-era trainer – on a golf course near the airport.

Ford suffered critical injuries including a large laceration on his scalp as well as broken bones, and he remained hospitalized for almost a month.

In an interview with the lead NTSB investigator, Ford stated that “he did not attempt an engine restart but maintained an airspeed of 85 mph and initiated a left turn back toward the airport; however, during the approach, he realized that the airplane was unable to reach the runway. The pilot did not recall anything further about the accident sequence.”

The report also points to an improperly installed shoulder harness as a likely contributor to the severity of his injuries.

Since the crash, Ford has made a full recovery, returning to the pilot seat as early as May, and surprising Star Wars fans with his unexpected appearance at Comic-Con in July. 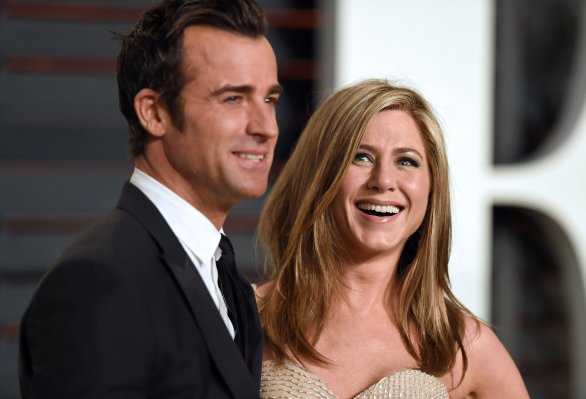 Jennifer Aniston and Justin Theroux Are Married
Next Up: Editor's Pick