The Obama administration has imposed sanctions on 20 Russian individuals and one bank in retaliation for Russia’s takeover of Ukraine’s Crimea region. Along with lawmakers and officials, the list released on March 20 featured some of President Vladimir Putin’s closest friends. That gave the geopolitical standoff a personal edge. Putin responded with sarcasm: “I’ll have to avoid these citizens as they are compromising the country.” He clearly intends to do no such thing; he quickly opened an account at the sanctioned bank. Russia’s government had by then imposed its own sanctions on a clutch of Americans. But Putin urged restraint, saying, “We should refrain from taking steps in response for now.” That ominous phrase–for now–underscored the dawn of a new era of confrontation between Russia and the West.

RUSSIANS SANCTIONED BY THE U.S.

Yakunin, a veteran of the Red Army, is head of Russia’s state railway monopoly, which built an extensive rail network for the Winter Olympic Games in Sochi. The U.S. sanctioned him as a “close confidant” of Putin’s and a resident of the gated community of lakeside villas set up by Putin and his friends outside St. Petersburg in 1996.

Ivanov, a retired senior officer in the KGB, is Putin’s chief of staff and confidant. They met and began working together in the same department of the Leningrad (now St. Petersburg) office of the KGB in the late 1970s. Ivanov has served in various senior roles under Putin, including Defense Minister, and became Putin’s gatekeeper as chief of staff in 2012.

The billionaire co-founded the oil-trading firm Gunvor in 2000 and became one of the world’s most successful traders of crude oil. The day before U.S. sanctions were imposed, Timchenko sold his stake in Gunvor–which the U.S. Treasury Department says has ties to Putin–to his business partner, a Swedish citizen. That helped protect it from the sanctions.

Kovalchuk has been targeted because he is Putin’s “personal banker” and one of the President’s “cashiers,” according to the Treasury Department. The White House froze Kovalchuk’s U.S. assets and sanctioned Bank Rossiya, where he is chairman and the largest shareholder. Like Yakunin, he had a villa in the gated community near St. Petersburg.

Rotenberg studied in the same judo class as Putin in 1964, and they have remained friends. He amassed an enormous fortune as various companies under his control won lucrative contracts with the state. In the lead-up to the Sochi Olympics, his firms secured at least 21 construction contracts worth more than $7 billion, according to Bloomberg News. 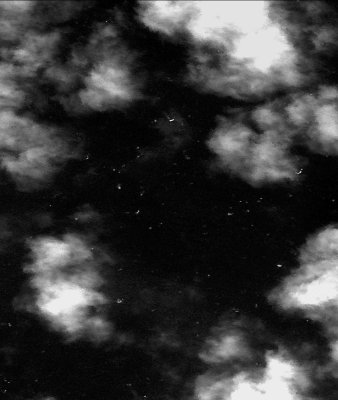 Thai Satellite Spots Hundreds of Objects in Jet Search
Next Up: Editor's Pick