Another Cat Café Is Opening in New York City

New York City’s second cat cafe, Koneko, is expected to open next month on Manhattan’s Lower East Side. Patrons can make reservations to eat and drink beer, wine, and sake with cats that are up for adoption for $15 per person per hour, starting September 14.

The animals come from the Anjellicle Cats Rescue, a group that takes in animals from the city’s Animal Care & Control “at risk” list, which means “they are scheduled to be euthanized the following day for behavior or health issues,” according to Koneko’s website. “At that point, Anjellicle activates its network of foster homes and pulls as many cats as possible from the list. Some of these lucky kitties end up at Koneko.” It is expected to be open until midnight on Friday and Saturday nights (for party animals) and until 10 p.m. on weeknights (except Tuesday). While no children under 8 years old are permitted, there will be some kids-only days.

New York City’s first cat café Meow Parlour announced Tuesday that 50 cats have been adopted since it opened on the Lower East Side in December 2014. The venue also recently made headlines for offering yoga classes. Cat cafés date back to the late 1990s in Taiwan and Japan, when residents would flock there because their apartment buildings banned pets. Cat Town Cafe in Oakland became the first in the U.S. when it opened in October 2014, and other cat cafés followed in Canada, Australia, and major European cities like Paris, London, Vienna, Budapest.

These new cat cafés are just the latest opportunity for cat video fans to connect in real life, following CatCon in Los Angeles in June — think ComicCon for cat lovers — and the exhibit on the history of cats on the Internet opening this weekend at The Museum of Moving Image in New York City.

Clarification: This article has been updated to make it clear that Anjellicle Cats Rescue helps find homes for cats put on the New York City Animal Care & Control “at risk” list. 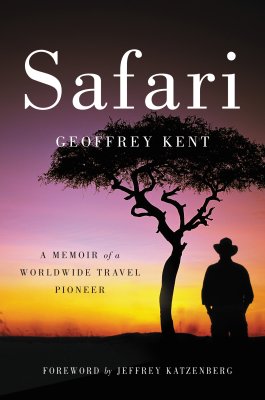 Safari Exec: Killing of Cecil the Lion Is 'Appalling'
Next Up: Editor's Pick