Nearly 17 months after it seemingly vanished off the face of the earth, the first tangible piece of evidence on the fate of Malaysia Airlines Flight 370 has finally emerged.

Malaysian Prime Minister Najib Razak announced just after midnight on Thursday that the debris found last week on a beach in Réunion, a small island and French territory in the Indian Ocean, does indeed belong to MH370.

A French prosecutor in Toulouse, where the debris (a part of the aircraft wing known as a flaperon) is currently being analyzed was slightly more cautious, saying there were “strong indications” that this was true but further tests are required before it can be confirmed.

The deputy prime minister of Australia, the country spearheading the extensive yearlong search for the Beijing-bound aircraft that went missing on March 8, 2014, was equally noncommittal.

“The French-led investigation team is continuing to finalize its considerations of the wreckage and we will await further detail from them,” Warren Truss said in a statement, but added that there was a “high probability” that the flaperon comes from MH370.

Malaysia Airlines released a statement of its own, calling the finding a “major breakthrough” in determining the aircraft’s fate. “We expect and hope that there would be more objects to be found which would be able to help resolve this mystery,” the national carrier said.

The news did little to pacify the relatives of those who allegedly perished in the accident, however, with many continuing to express skepticism and a lack of trust in the investigators.

Here is what we can (and cannot) ascertain from Thursday’s developments:

The fact that the debris was found in the Indian Ocean, where authorities have been trying to narrow the search for months, shows that the current investigation is focusing in the right area — albeit still a very large one. “It’s a very small needle in a very big haystack,” David Newbery, a Hong Kong-based flight captain and accredited aircraft investigator, tells TIME. However, Newbery says closer examination of the flaperon could reveal details like the speed and angle of impact with the water, as well as whether the airplane remained intact.

“If they examine the failure points of the structure they may be able to get some idea of the force of the impact which broke it off,” he says, “It depends on how quickly the airplane hit the sea and at what speed, whether or not the aircraft broke up completely on hitting the sea or whether it was mainly intact when it sank.”

He does add that the fact that only one piece of debris has been found may be an indication that the Boeing 777 remained intact after hitting the water.

John Page, a senior lecturer and aircraft design expert from the University of New South Wales, says the flaperon could confirm what he says is the most plausible theory he’s heard about the aircraft’s disappearance.

“If it is where we think it is, then it appears to have been flying a reciprocal course than the one it should’ve been on — the opposite direction, in other words,” he told TIME in an interview, adding that a possible scenario is that the crew, sensing trouble, plugged in the coordinates to reverse the flight path but then lost all communication. “So one possibility is they tried to turn back, not realizing that before they got to the next waypoint when they had to turn again they wouldn’t be available,” he said.

Another significant outcome of finding the debris, along with clues about what happened to the aircraft, is definitive proof of what didn’t.

“I think what it does do is get rid of all the conspiracy theories about the airplane landing here, there and everywhere,” says Newbery, while Paige adds that “extreme ideas like flying saucers” only serve to “make noise on what’s happening.”

One major indication of MH370’s whereabouts could come from the barnacles found clinging to the piece of debris. The marine animals, which come from the same crustacean family as crabs and lobsters, could tell researchers where the flaperon has been.

“If marine scientists can really get their hands on them and look at the species distribution patterns, then they can possibly figure out roughly where the barnacle got onto that part of the aircraft,” says Qian Pei-Yuan, who heads the Division of Life Sciences at the Hong Kong University of Science and Technology. Qian says the barnacles found on the debris appear to belong to a genus known as “gooseneck barnacles,” the study of which could help pinpoint the aircraft’s location by determining how fast the aquatic creatures grow and where they reside.

“The first thing we need to know is exactly which species [of gooseneck barnacle] they are,” he says. “You can then figure out how fast they can grow, what the temperature of the sea is, when the barnacle actually got on [to the flaperon], and then you can extrapolate how long they have been there.”

Although the barnacles could provide hints as to how an aircraft that supposedly went down near the western coast of Australia ended up on Réunion, just off the coast of Madagascar, the fact that it was found there doesn’t really narrow the search area to a great extent.

“If you’re trying to figure out based on the ocean currents, I don’t believe they can narrow down the area that much because the ocean currents in the Indian Ocean are quite complicated,” Qian says. “There’s a current from the northern part of India to the equator regions, from Malaysia going to the west, then from the equator region going to the east. You can’t tell.”

The duration that the aircraft (and this particular piece of debris) has been in the ocean makes it all the more difficult to pinpoint its location, as does the lack of other debris.

“A year is a long time to be floating, if it was only a couple of weeks they could probably reasonably accurately predict where it came from,” says Newbery, the aircraft accident expert, adding that the developments on Réunion will most likely not refine the search any more than it already has been. “Unfortunately, though I know this piece of debris gives some certainty about the search, I’m not convinced that it’s going to help the investigators terribly much in terms of finding out what happened.”

Australia’s Joint Agency Coordination Centre (JACC), cited by the country’s Deputy Prime Minister Truss, said in its statement that authorities will persist with “thorough and methodical search efforts” in the existing search area.

“The indications are that it’s probably not going to increase with any great degree the likelihood of finding the wreckage any earlier than before,” said Ron Bartsch, chairman of international aviation safety consultancy firm AvLaw Consulting.

Malaysian authorities, along with the airline, have said that they will do everything in their power to bring an elusive sense of closure to those affected by the disaster.

Although he says that there are a “myriad of legal issues yet to be resolved” before compensation for the victims’ families can be finalized, Bartsch is of the opinion that the stray flaperon being analyzed in Toulouse gives a much-needed boost to the search efforts.

“I think the significance of the discovery of the wreckage should not be underestimated,” he said. “It is the first positive confirmation of objective evidence that we know that the aircraft did disappear in the search, so I believe that this should give search authorities and governments alike the motivation to not only continue their search efforts but to increase them.” 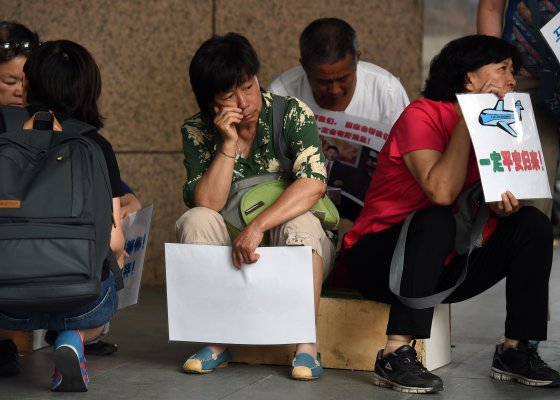