Review: Diary of a Teenage Girl Is an Honest Entry on Teen Sexuality

Wiig and Powley are an offbeat mother-daughter pairing, with both in pursuit of sensual pleasure—and the same man.
Sony Pictures Classics
By Lisa Schwarzbaum

It is a truth surprisingly unacknowledged that a woman in possession of average intelligence can pretty much tell within the space of one look, gesture or camera shot whether a movie about sexual awakening is honest or full of hooey. The moment of glorious authenticity–whew!–arrives within the opening minute of The Diary of a Teenage Girl. In 1970s San Francisco, 15-year-old Minnie (the remarkably expressive, unmannered British actor Bel Powley, now 23) has just had sex for the first time. It happens to have been with her mother’s boyfriend, Monroe–perfectly played by Alexander Skarsgard–but we’ll get to that in a minute. As Minnie skips, twirls and strides home to her teen-lair bedroom to confide the astounding news to her audiotape diary, filmmaker Marielle Heller collaborates with Powley to convey perfectly the mix of secret pride, amazement, hunger for more and do-I-look-different-now? wonder that might realistically accompany such a momentous event. Can the boys she passes on her way home see the transformation? Studying her reflection in the mirror, can she?

A vibrant, stylistically assured adaptation of a 2002 autobiographical graphic novel by Phoebe Gloeckner, The Diary–a hit out of this year’s Sundance Film Festival–inevitably arrives trailing cultural chatter. How wrong is it that Minnie is a minor, that Monroe is some two decades older, that Minnie really digs sex and that Monroe isn’t a pedophile monster? How wrong is it that Minnie’s mother (Kristen Wiig, beautifully serious and vulnerable) is a drinking, pot-smoking flaky bohemian chick who is raising Minnie and her younger sister with benign neglect? Let a thousand op-eds bloom, but Heller, who first adapted the novel as a 2010 theater piece (in which she starred) and also wrote the screenplay, is not interested in passing judgment. Aside from its R rating, nothing terrible happens.

The filmmaker is instead keenly attuned to mood and physical sensation, feminine desires and reasonable doubts, with a lovely visual sense of muted grooviness created by cinematographer Brandon Trost. An aspiring cartoonist influenced by the groundbreaking feminist-comics chick Aline Kominsky, Minnie fills notebooks with graphic images that come to life onscreen in fabulously fleshy animations. The result–believable, hopeful, tender, delightful–is a movie of (increasingly rare) truly indie sensibility, made by women who are confident about healthy feminine resilience. 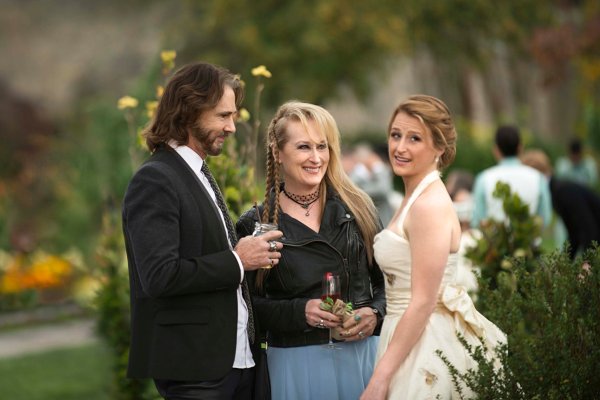 Meryl’s Revolutionary Movie Moms: From 'Ricki' to 'Sophie's Choice' and 'Kramer vs. Kramer'
Next Up: Editor's Pick