Do you Need to Buy Organic to Get the Best of Summer's Produce?

In August, Farmers’ markets can offer an embarrassment of riches, thanks to long, hot days that produce extra-flavorful food. But choosing what to buy among heirloom, vine-ripened and organic varieties–and that’s just the tomatoes–can be confusing. Recent data suggests that Americans are increasingly selecting the latter. Organic-food sales in the U.S. have swelled to $35.9 billion a year, and producers are required to abide by strict rules enforced by the Department of Agriculture. But since organic food is often costlier, is it worth the splurge?

That depends on your budget and how concerned you are about having synthetic pesticides, which are generally prohibited in organic farming, in your food. Some pesticides can be harmful to human health, according to the Environmental Protection Agency, though their effects–and in what quantities they pose harm–are largely unknown. For now, the peak-season foods listed below are the ones for which conventional varieties are shown to be higher in pesticide residue, according to 2015 research.

There’s no produce more evocative of summer than corn, and August is peak season.

Tomatoes need many hours of light and hot days to develop their flavor, so now is the time to fill up on them.

Buying tip: For ripe tomatoes, look for bright, shiny, firm skin that has a little give when squeezed gently.

Yellow squash, zucchini and pattypans are all in season now.

Buying tip: A flavorful summer squash is smooth on the outside and typically small or medium in size. It can last in a refrigerator for up to a week.

Although they are available year-round, cucumbers are at their most crisp and fresh in August.

Okra peaks in August and September.

Buying tip: Look for small green pods and steer clear of bruising. (Okra can get slimy when overcooked, so follow a recipe if you’re a first-time eater.)

Eggplant is at its best from July through early fall.

Buying tip: The size and color can vary widely based on variety, but eggplant should be heavy and have firm, shiny skin.

You can get other melons year-round, but summer is ideal for watermelon.

Buying tip: Look for symmetry, a heavy weight and no bruising. Local is also ideal, since watermelon is at its sweetest when picked.

Warm sunshine is good for grapes, whose flavors are concentrated in August. 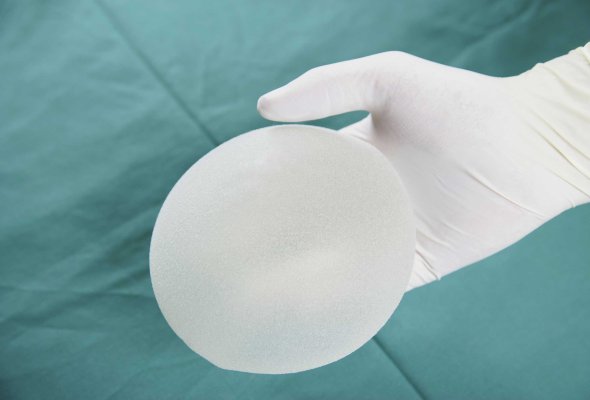 Study Draws Link Between Breast Implants and Suicide
Next Up: Editor's Pick