Review: Louis de Bernières’s The Dust That Falls From Dreams

Louis de Bernières’s new novel, The Dust That Falls From Dreams, is about World War I, but you might remember him from his 1994 best seller about the Great War’s sequel. Part of the charm of Corelli’s Mandolin, de Bernières’s tale of an Italian captain who occupies an out-of-the-way Greek island during World War II, was as tourist attraction: as theaters of conflict go, Cephalonia was pretty far off the beaten track. With Dust, the author drops us right in the trenches, and he shies away from no gruesome detail. But he does it with a delicate touch, weaving a gently evocative story of the war that didn’t end all wars but did wrench open the door to the modern world.

In Eltham, outside London, in a nation mourning its long-lived Queen as it crowns a new King, live three families with happy children: the four McCosh sisters, led by pretty Rosie; her sweetheart Ashbridge Pendennis and his two brothers; and the two neighboring Pitt boys, half-French and all mischief. The Edwardian years of their youth form a pastoral prelude to the novel’s action, a time of prosperity verging on complacency:

When the Kaiser invades France and Belgium, the boys sign up, and all hell breaks loose–not an overstatement. Because de Bernières writes in brief chapters narrated from multiple points of view, we have virtually every perspective on the violence, from Ash’s diary entries about life and lice in the trenches to Daniel Pitt’s accounts of his daredevil Sopwith Camel sorties over France to Rosie’s haunting experience as a VAD in a Southampton military hospital.

What makes this a good war novel, though, is not its depictions of conflict but its reckoning with what comes after. The young Englishmen who fought in World War I were raised on the heroic tales of H. Rider Haggard; they felt righteousness on their side; they crossed the Channel looking for glory. As Ash writes in his diary, the clash of those ideals with the grim realities of trench warfare left some wondering whether mortality and immortality were, in the context of this horror show, complementary terms:

And so those who don’t die emerge shocked by their very existence. “What are we supposed to do with so much life unexpectedly left over?” asks one survivor, in curious earnest.

The novelist knows how to answer that question. No character in The Dust That Falls From Dreams is ever so blithe as to forget the dead. But the new world they fashion from grief and despair is more free, more mature and perhaps more rewarding than that Edwardian idyll so abruptly shattered. It’s a world where women leave the drawing room to thrive as professionals, where the barriers between servants and masters begin to break down, where Rosie and her husband can make a fresh start in a far-off land. It would be too simple to call theirs a happy ending. But one could justly describe what they find as peace. 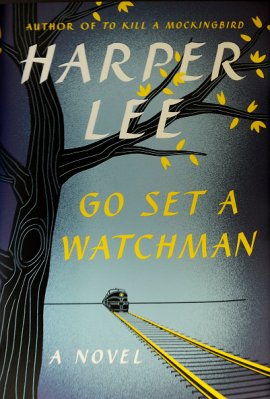 Michigan Bookstore to Offer Refunds For "Go Set a Watchman"
Next Up: Editor's Pick