After Two DUIs, Michael Phelps Says He Won't Drink Again Until After the Rio Olympics

Michael Phelps won the Men's 200IM championship in a time of 1:59.39 during the Championship Finals of at the George F. Haines International Swim Center, on Jun 21, 2015.
Bob Stanton—USA Today Sports/Reuters
By People / K. C. Blumm

There was a time when Michael Phelps’ coach worried about what state he’d find the swimming champ in when he turned up for training in the morning.

But after two DUI arrests, a stint in treatment and a six-month suspension from competing, the Olympian with the most gold medals in history is trying to put those days behind him once and for all.

The 30-year-old, who has his sights set on competing at the Olympics in Brazil next year, is determined to stay sober.

“Before I even went to court, I said to myself that I’m not going to drink until after Rio – if I ever drink again,” he said in an interview with the Associated Press on Wednesday. “That was a decision I made for myself. I’m being honest with myself. Going into 2008 and 2012, I didn’t do that. I didn’t say I was going to take a year off from drinking and not have a drink.”

Phelps, who is not competing in the world championships in Kazan, Russia, because of his suspension, will be taking to the pool this week at the U.S. championships in San Antonio and is training hard.

“If I’m going to come back, I need to do this the right way,” he said. “I’ve got to put my body in the best physical shape I can possibly get it in. Is it a challenge? No. I go to bed earlier. I sleep more. I wake up every day and have a completely clear head. I don’t feel like my head went through a brick wall. There are so many positives to it.”

He admits there are days when he’d like to have a beer, but he’s resisting the temptation.

“I have a year left in my career,” he said. “If I really want it bad enough, I will make that sacrifice.”

The 18-time gold medalist, who announced his engagement to Nicole Johnson in February, said that therapy has helped him deal with his demons.

“I feel like I am okay and I am happy with who I am,” he said. “I feel like I’ve learned so much about myself, who I truly am. I can honestly say there aren’t many people who have seen who I really am.” 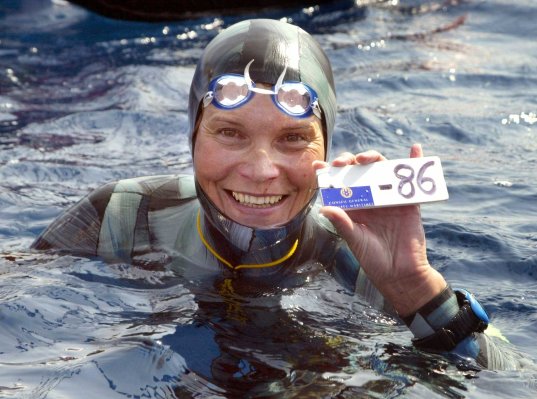