4 Secrets for a Happy Marriage

Being married in the modern world can be difficult and confusing. What are the rules for a happy marriage? It doesn’t seem like there are any easy answers.

So I called an expert.

Stephanie Coontz serves as Co-Chair and Director of Public Education at the Council on Contemporary Families and teaches at The Evergreen State College in Olympia, WA. She’s the author of Marriage, a History: How Love Conquered Marriage and The Way We Never Were: American Families And The Nostalgia Trap.

We hear a lot from psychologists and therapists on the subject of marriage but what’s fascinating about Stephanie is she studies the history of marriage. She’s looked at what marriage has meant through the ages, what worked and didn’t, and how it’s changed in the modern era.

Here’s a talk she gave at the PopTech Conference:

To put it simply: everything you think you know about marriage is wrong.

We’re gonna learn the truth, find out why modern married life is so confusing, and get a few tips on how you can make your own marriage much, much better.

Here’s what she had to say…

1) Everything You Know About Marriage Is Wrong

Everybody thinks marriage used to be better “back then.” Nope.

Marriages in the past weren’t better. In fact, they weren’t even about love.

Not only were marriages not based on love, the idea that they might be was terrifying.

So what was marriage about in the so-called “good old days”?

Think “Game of Thrones” here, folks. Marriage was about getting in-laws for purposes of politics, consolidating resources, or increasing your family’s labor force.

Why do you think for the longest time a kid born out of wedlock was called a “love child”?

Of course, people did fall in love back then. And they would have liked to marry the person they were in love with but, at the time, it just wasn’t practical. Here’s Stephanie:

But the world changed. We no longer need to rely on in-laws for protection from barbarian hordes or producing good heirs to the throne.

And beyond satisfaction it’s led to other really nice things like fewer suicides among women. And guys get a great benefit too: your wife is far less likely to murder you.

So what do we really need to to know from the history of marriage? It’s quite ironic, really…

The big lesson from history is: stop looking at history. Don’t compare your marriage to the 1950’s or any other era. It’s a brave new world. Marriages are based on love and equality now, so the old models don’t hold. Here’s Stephanie:

(To learn the shortcut to bonding with a relationship partner on a deeper level, click here.)

So marriage based on love and equality is very new. And comparing wedlock today to some “perfect” era in the past doesn’t make sense. So what should we be doing to make marriages work in the modern world?

2) Define What Marriage Means For You And Your Partner

Stephanie says that relations between partners have changed more in the past 30 years than they did in the previous 3,000. So it’s okay to be confused. We’re changing the rules. Here’s Stephanie:

So we have more freedom. But more freedom always means more choices we need to make. Marriage used to be an institution with hard rules. Now it’s a more flexible relationship — but that means you and your partner need to do more thinking about what marriage means to you rather than relying on how things used to be.

So the old rules don’t constrain you. Cool. But there’s not much to guide you either. Ouch. You need to tailor and customize. How the heck do you do that?

3) You Need To Communicate And Negotiate

You’re going to need to talk more. And tell your partner what you want instead of expecting them to know the answers.

Can that lead to more arguing? Oh, you bet it can. But in the modern world, that’s a good thing. Really. Here’s Stephanie:

Your marriage will develop, evolve and change. And you’ll need to manage that process to keep it healthy. Here’s Stephanie:

(To learn the 4 most common relationship problems — and how to fix them, click here.)

Okay, so you’re figuring out what marriage means to you and your partner and you’re communicating. Great. But what’s the big goal here? What should the center of a good marriage be these days?

4) Marriage Has To Be Based On Friendship And Mutual Respect

Fiery, passionate love is great — but ancient societies had a point: basing a lifelong commitment on those emotions can be unstable. What happens when that burning love fades?

So while passion is great, there needs to be friendship and mutual respect to make sure your relationship can stand the test of time.

What gets in the way of that? We’re often focused on the qualities in a partner that are mysterious and different. That can be good for passionate affairs but what works for marriage is more often similarity. Here’s Stephanie:

(To learn the science behind being a great parent, click here.)

We’ve learned a lot from Stephanie. Let’s pull it together and find out one last piece of really good news about marriage.

Here’s what Stephanie had to say about the new rules for a happy marriage:

Marriage isn’t worse than it used to be, but it’s certainly different. Love-based marriage has the potential to be far, far more fulfilling that unions of the past. Here’s Stephanie:

Being married today does take a lot more work than it used to. But with a little effort, your marriage can be better than any marriage in history. And that’s pretty awesome.

In my next weekly email I’ll have more from Stephanie, including the two things couples should do to maintain a strong bond over time. To make sure you don’t miss it, join here.

This piece originally appeared on Barking Up the Wrong Tree. Join over 200,000 readers. Get a free weekly update via email here.

4 New Parenting Tips That Will Make Your Kids Awesome 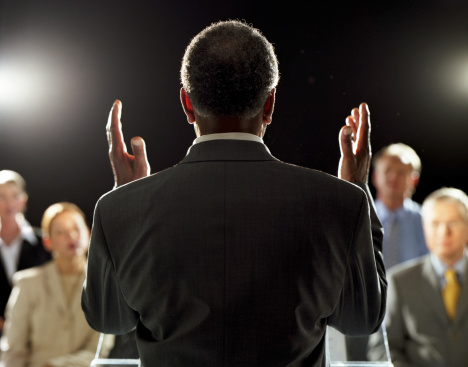 3 Quick Tips That Will Make You More Charismatic
Next Up: Editor's Pick