How Donald Trump’s Run for President is Affecting Trump Hotels

This summer has proved to be an interesting one for Donald Trump. After the presidential hopeful characterized Mexican immigrants as rapists and drug dealers, his corporate sponsors and partners—NBCUniversal, Macy’s, Univision—were quick to sever ties. Public outcry was swift, too: Protests erupted outside Trump’s luxury hotels in Washington, D.C. and Chicago. Even the rapper Pitbull refused to book a room.

It’s all been enough to make David Letterman come out of retirement.

But it might not be enough to make a dent in the bottom line of the Trump Hotel Collection, a multi-million dollar brand comprised of 12 luxury properties worldwide.

Donald Trump Jr., executive vice president of development and acquisitions for the Trump Collection, told Travel + Leisure in a statement that everything is business as usual: “My family and I, who personally lead the Trump Hotel Collection, are incredibly proud of the luxury portfolio we have built and the tremendous success that we have achieved in a relatively short period of time. Our properties are exceeding all targets across a variety of metrics, including market share, group bookings, and reservations volume. We continue to outperform our competitors in their respective markets and are very enthusiastic about the future and the growth of the brand.”

The privately held company, run by Trump and his enterprising offspring—Donald Jr., Ivanka and Eric—does not release its financial data to the public. But according to the most recent reports from industry research firm STR, Inc., the luxury sector is rocking this year, Trump hotels included.

Average RevPar (revenue per available room) in the U.S. luxury hotel class has increased 6.8 percent year on year. At the same time, occupancy rates have improved, hitting a high of 71 percent.

“We have not seen any impact from the political scene,” said Colm O’Callaghan, regional vice president for the Trump Hotel Collection. Of the company’s Chicago-based hotel, he added: “We’re having the best year since we opened in 2008. May, June, and July have record numbers in terms of RevPar.”

This, despite the protests of a hospitality workers union—the UNITE HERE Local 1 group—who marched in front of the Trump Hotel Chicago in July. Specifically, they gathered to “communicate their disgust with presidential wannabe Trump’s attack on immigrants,” according to NBC Chicago’s local news report.

Trump Soho Shrugs Off the Controversy

In New York, however, Trump’s own immigrant employees are taking a less combative stance—preferring to keep their jobs at the real estate mogul’s sleek Soho property.

“We don’t even think about Trump,” said Gabriela Paulino, a 21-year-old hostess from the Dominican Republic. In addition to this nighttime gig, she works two internships and “doesn’t have time” to worry about her boss’s politics. Another hostess Shelby, a 25-year-old from Cape Verde, a group of islands off the coast of West Africa, agrees: Trump’s political campaign is a distant cartoonish charade, with no impact on the staff’s daily lives. Not even Rodrigo, the bar-back from Mexico, seems upset. He’s worked in New York for 13 years, and he’s not about to give up now. “I don’t care,” he said, while smiling and stocking the fridge behind the bar. “It’s just a job.”

They’re each busy serving tropical cocktails to a Sunday evening crowd at the 7th floor pool bar. It’s a breezy, resort-style space, which easily seats 200 and looks out onto City Hall. The vibe is tiki-bar casual, with low wooden tables and soft, white lounge chairs—not at all the country club feel one might expect. And the bourbon peach cocktails, garnished with fresh mint, taste like summer in a glass.

But what’s most charming is the young staff, going about their business and playing their own soundtrack of classic rock below the generic techno on the overhead system. While I was there, Alex, the bartender from Nigeria, tossed silver shakers and cracked jokes to make the hostesses laugh. “A few guests might stop staying here because of what Trump said about Mexicans,” noted Alex. “But so far, nothing’s really changed.”

Downstairs in the lobby a quiet, but steady stream of business and leisure travelers checked in to pay, at minimum, $395 a night—with no protesters in sight.

Word on the Street

Overall, it appears that Trump Hotel’s target customers care more about luxury and service than the political views of the hotel’s outspoken owner. And you can count Wall Street banks among them.

“For our events, we want a feeling of comfort and exclusivity with great service, so people feel relaxed enough to share and network. We chose Trump Soho for the rooftop, which has great views,” remarked Judy Spaltoff, head of client development for UBS, who hosts the bank’s “Young Successors” conference for wealth management clients. In recent years, Spaltoff has also booked the St. Regis New York, the Andaz 5th Avenue, and Donna Karan’s Urban Zen loft space for corporate events. She hasn’t yet decided whether to return to Trump Soho.

Meanwhile, The Donald is leading the GOP field in the 2016 presidential race, prompting some critics to claim his scathing comments are an effective exercise in self-promotion. Whether this will parlay into suite bookings remains to be seen. For the moment, his hotel brand is running full speed ahead, opening three new luxury properties in Rio de Janeiro, Vancouver, and Washington, D.C. by 2016. Just in time for the election. 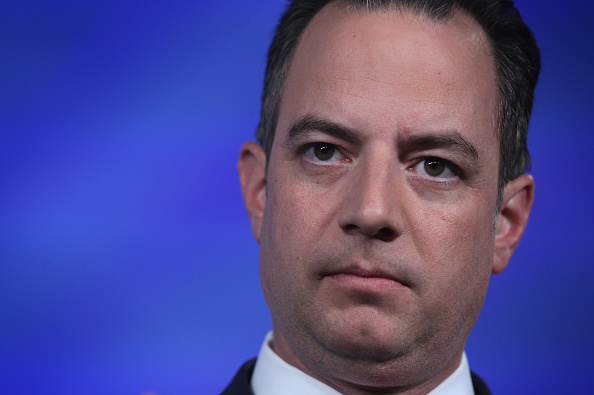