Ideas
By Suzanne Venker
Suzanne Venker is a writer who covers marriage and the family and its intersection with culture. She is the author of The Two Income Trap: Why Parents are Choosing to Stay Home.

No doubt people are dancing a jig with Netflix’s announcement Tuesday that the tech company will allow its employees to take unlimited maternity or paternity leave during the first year after their child’s birth or adoption—while earning their normal pay.

“We want employees to have the flexibility and confidence to balance the needs of their growing families without worrying about work or finances,” said Tawni Cranz, Netflix’s chief talent officer. “Experience shows people perform better at work when they’re not worrying about home.”

There are several problems with this new policy. First, offering an unlimited leave policy in the first year to new moms and dads means the remaining employees who don’t fit the bill will be left to pick up the slack. This will likely, in turn, strain relations among co-workers and make the workplace environment less effective.

Second, it isn’t fair to babies. By encouraging mothers, who are the still the primary parent at home, to bond with their baby for a long period of time with the expectation they’ll return to work at the end of the year means the baby will become even more attached to his mother, and separation may become intolerable.

Same goes for the mother. Her attachment to her baby, or her re-thinking of her priorities during this time, may make her even less likely to return to work—thus negating the whole point of the policy, which is to get her attention back on work and off of baby.

Finally, being home with one’s baby doesn’t mean a parent’s worry will magically vanish. Most parents, mothers in particular, do worry about what’s going on at home in their absence. That’s the point. Most women change when they become mothers. They aren’t the same people, let alone the same type of worker.

As a society, we’d do better to acknowledge the fact that women (and men, for that matter, though in a different way) change as a result of having children, and often do care less about work. And what’s wrong with that? Isn’t that why people have babies? To make life more meaningful? And, dare I say it, less focused on work?

Offering new parents full pay for up to one year is akin to putting a band-aid on a gaping wound. The needs of children are huge, and they do not end at one year. On the contrary, they just begin. Taking a year off of work to meet those needs merely scratches the surface.

None of this is to suggest that women can’t have it all over the course of their lifetimes. It’s only to say that choices and concessions must be made. It’s also to say that no parental leave policy, even the one at Netflix, can possibly solve a problem as monumental as the anguished pull parents feel between home and work.

It could potentially make it even worse.

Suzanne Venker has written extensively about marriage and the family and its intersection with culture. She is the author of The Two Income Trap: Why Parents are Choosing to Stay Home, a book about balancing the needs of work and family. 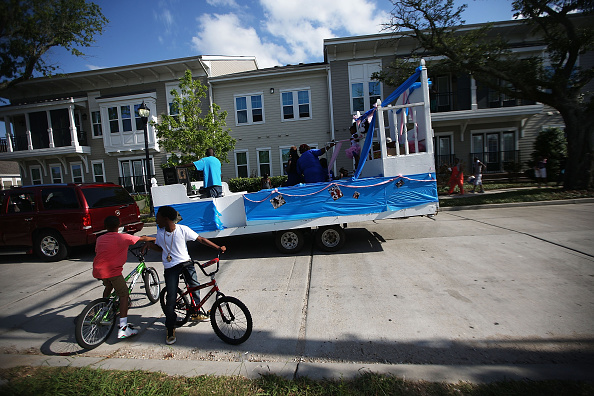 Why New Orleans Bounced Back
Next Up: Editor's Pick