With the latest installment of the Halo franchise nearing its release date, Microsoft has set its sights on professional gamers and their growing arena of eSports.

At this year’s Gamescom, the company announced that it would be launching an inaugural Halo World Championship competition, backed by a $1 million prize pool, according to a statement on the Halo website.

The competition will be held in support of Halo 5: Guardians, and it’s a commitment by Microsoft to extend the game into the territory of hard-core, dedicated gamers. “Halo has always been synonymous with online competition and was an originator in console eSports,” Halo 5 executive producer Josh Holmes said on stage, as reported by Polygon. “With Halo 5: Guardians we are fully embracing that legacy with the biggest investment in Xbox eSports history.”

This follows the launch last year of the Halo Championship Series, where the total prize money was a much smaller $150,000. The new prize money also pales in comparison to the $18 million in prize money that is offered at the Dota 5 tournament held inside Key Arena in Seattle this week.

The significant entry of Halo into eSports is a way for Microsoft to cement itself in an industry that is seeing growing revenues. Research firm Newzoo reported that sales from tickets to eSports events and other corporate sources are expected to increase by 30 percent to more than $250 million this year, according to The New York Times. Newzoo also estimates that there are more than 113 million e-sports fans worldwide.

The Halo franchise is the console’s virtual golden goose, with more than $3.5 billion in global sales, and is expected to be one of the big sellers of the year. It will also be the first Halo game on the new console, and comes after negative reviews from professional gamers for Halo 4, reports NYT. The game will be released on October 27. 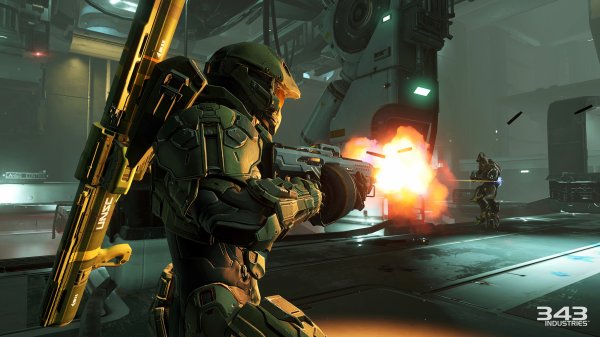