The Grateful Dead Is Resurrected Once More, This Time With John Mayer

The Grateful Dead’s run of five sold-out shows earlier this summer, billed as Fare Thee Well and featuring Phish’s Trey Anastasio, was not a final farewell after all.

As previously reported by Billboard, three of the Dead’s “core four” players — guitarist Bob Weir and drummers Mickey Hart and Bill Kreutzmann — plan to continue the party, with John Mayer on guitar. Their first performance as Dead & Company is set for Halloween night (Oct. 31) at New York’s Madison Square Garden, where the Grateful Dead had played more than 50 times since its formation in 1965.

Joining the group on bass is Oteil Burbridge of the Allman Brothers and Aquarium Rescue Unit and Ratdog keyboardist Jeff Chimenti, who played all five Fare Thee Well shows alongside Bruce Hornsby. Dead bassist Phil Lesh will sit out this incarnation, but continue with his own side outfit, Phil and Friends.

“Those songs weren’t done with us,” Weir tells Billboard of a decision that came with little deliberation. “It was a matter of who wanted to get back out on the road and keep doing it.” Mayer’s enthusiasm, he adds, “was the cherry on the sundae that made this project look like a good idea.”

Indeed, Mayer had been jamming with select band members since March, learning the late Jerry Garcia’s guitar parts by ear and immersing himself in the repertoire in hopes of possibly hitting the road. At the same time, he decided to bench an album he had started working on so he could devote all of his time to the Dead.

A relatively recent discoverer of the band, the Grammy-winning singer and songwriter says his curiosity was piqued when he heard the Dead’s 1980 classic “Althea” on a Pandora station back in 2011. “I just loved that riff,” Mayer explains. “There’s always that moment when you hear something that grabs you and you have a point a reference — that was mine. Now four years later, it’s what I call shaking the big Polaroid: really taking in and learning all that music.”

Adds Weir: “It’s gratifying to see somebody discover our work and it’s also fun to have someone who’s cranked up about it — a new initiate into our way of doing things.”

It’s a sentiment Kreutzmann shares, noting that Mayer also brings with him a feel for the blues that was crucial to the band’s early material. “When we first started playing years ago, it was with Pig Pen, and he was nothing but a blues guy. We took that and made it into the Grateful Dead and we’re doing that with John. And John gets to open up to many styles and doesn’t have to be locked into any one genre. And I think that’s why John is excited to play with us because we offer up a whole new cookie. He’s told me that he’s been at home working on our material like crazy. He’ll be one of us.”

Kreutzmann suggested Burbridge to round out the rhythm section but he wasn’t the only bassist to jam with the Dead & Co. Phish’s Mike Gordon had also sat in for a practice run, but ultimately bowed out. Says Weir: “Mike has way more stuff on his plate than he can manage now. Oteil was a natural go-to and he’s more than up to the task.”

Says Hart: “All the pieces just fell together magically. There was a kind of serendipity there — when you’re not actually looking for anything and then all of a sudden, it all appears.”

Mayer is respectfully careful to note that the final decision on whether to move forward with Dead & Co. was not made until after Fare Thee Well. “It was all on hold until those guys could honor those shows and also see if they liked them,” says Mayer, who was in attendance for the entire run — two shows in Santa Clara, Calif. and three in Chicago over July 4th weekend. It was shortly into the first set on night one, however, when he set his sights on that very stage. “I went, ‘Oh, this has to happen,’” he recalls. “They’re too good still, they’re too great to roll this back in the shop and call it a day.”

Mayer take on Anastasio’s performance? “So brilliant,” he says. “Trey was such a tasteful player. He did something incredible to the legacy — and didn’t leave it any easier for me to pick up the baton.”

Built to last; the music never stopped; a long strange trip gets a little longer — affix any number of Dead song titles to this run, which Weir says will stretch beyond the announced MSG date (“It’s kind of late in the year to put together a tour, but we’re gonna try”), but clearly goodbye is no longer on the table.

Does the band anticipate a backlash from fans who shelled out hundreds of dollars for what they thought might be their last chance at a Dead show? “None of us ever said we didn’t want to play anymore,” Weir defends. “We’re gonna kick it around and see where it takes us. That’s what we’ve always done and making plans is something we found out over the years is kind of a waste of time. The music tells us what it wants, where it wants to go, what it wants to do.”

Judging from the ticket prices, however, it seems the band was listening to post-Fare Thee Well reaction. Top-tier seats for Dead & Co. will cost fans less than $100 and a $50 ticket will also be offered in honor of the band’s 50th anniversary. The general on-sale is scheduled for Aug. 14 with American Express card holders able to buy tickets starting Aug. 10.

To hear Hart tell it, Halloween couldn’t come soon enough. “I can’t wait for this thing to get started,” the drummer tells Billboard. “I want to be playing tomorrow night.” 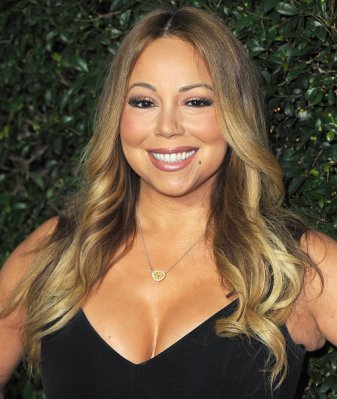 Live: Watch Mariah Carey Get Her Star on the Hollywood Walk of Fame
Next Up: Editor's Pick