Here's What It's Like to Shop With Amazon's New Rival

Like many busy parents, shopping can simultaneously be my favorite and least favorite thing to do. When you need to escape from a screaming, fussy child, running off to the market alone can’t be beat — you feel momentarily independent again, and you come back home as a provider. “I have returned triumphant…with animal crackers!” But of all the ways you could spend your time, schlepping produce, pop, and Pampers from cart to car to cupboard is near the bottom of the list.

One possible savior when you’re too busy to visit the store yourself is Jet, a new e-commerce megastore that’s looking to rival Amazon and Costco. But can the upstart Jet win a dogfight against its bigger, more established rivals?

To find out, I decided to kick the tires, testing it out against my usual grocery, Costco and Amazon purchases. My results were mixed, but for perspective’s sake, I’m compelled to lead off with this: According to the company’s tally, my $254 Jet order was $86.81 less than it would be if I shopped elsewhere on the web. That in itself is very impressive.

I went into this exercise with three goals: trim my grocery bill, curtail my Costco run, and cut my regular Amazon Prime order. Overall, Jet helped me accomplish all three of these things to varying degrees. But what I may have saved in money and effort, I might have lost in time. So it’s worth considering which factor is most valuable to you before trying this yourself.

I began by evaluating how Jet can take the sting out of my regular grocery bill. This was difficult because we tend to eat a lot of fresh and frozen food. As I wrote previously, Jet doesn’t sell refrigerated goods. So I turned my eyes towards non-perishable products, like bar soap, laundry detergent, Gatorade, and even my favorite brand of chips.

On these grocery-type items, Jet says I saved $9.56 over the web’s best prices. But I typically grocery shop at Winco, a cost-conscious chain in the Pacific Northwest, not on the web. Based on my receipts from Winco, I estimate I saved closer to $5. But I admit that I likely also bought higher quality products (or bigger sizes) than I might have in the store.

Next I tried cutting out my monthly Costco run. As much as I love free samples and $1.25 hot dogs, the double-wide carts, slowly plodding shoppers, and long check-out lines sour my Saturdays — and that’s not to mention what impulse buys can do to my budget. To combat this, I ordered tissues, paper towels, diapers, baby wipes, and Diaper Genie refills from Jet. According to Jet, I saved $31.18 over the lowest price available online for these products. But it’s difficult to make an apples-to-apples comparison with my typical Costco haul, because Jet only offers brand name products instead of the Kirkland-branded goods that the warehouse store stocks. That said, my estimates agree with Jet’s — the new online service likely saved around $30 from my real-world shopping experience.

But we also tend to get frozen meat at Costco, a staple my household needs to keep everyone fed. Instead of going without, my wife made a quick run to the mega-store just for these items. The entire shopping experience took 12 minutes, from car door to returning the cart. Because we didn’t have to wind through the aisles, the time savings alone made Jet a worthwhile addition to our Costco routine.

And then it came time to challenge our Amazon Prime purchases. I tend to buy odds (a 15-foot HDMI cable) and ends (vitamins) through Amazon, so this was interesting on multiple levels. Jet’s vitamins were $3.58 less than Amazon’s already bargain-basement prices, and the cable was $7 less than an equivalent there. Since these savings were so unexpected, I decided to search Jet for a deck box for my patio (so much for negating the impulse buys). In doing so, I found the best deal I saw all summer on a box larger than I had ever considered. Not only that, but Jet offered me a huge discount on the box if I added it to my shopping cart. The site was making a hard sell.

Figuring Out the Financials

This is where I encountered a problem with Jet’s savings engine. Each time you add an item to your shopping cart, the company’s algorithms crank away at a bunch of variables (such as shipping efficiencies, warehouse locations, and other factors), endeavoring to save its customers as much money as possible. Jet can do that because it makes money on its $50 membership fee, not on profits generated by sales.

When I was evaluating the deck box, Jet offered to take $18.07 off my order if I added the item to my shopping cart — so I did. But then I got cold feet and pulled it back out. Upon doing that, the site removed $15.20 from my Total Savings figure. In theory, it seemed like I was making $2.87 in the hiccup, but upon further inspection I realized that I had never gotten the full $18.07 to begin with.

Confused, I reached out to the company, which confirmed that I had encountered a bug, since fixed, that had plagued fewer than 1% of its orders (nine people overall) and caused the savings to miscalculate. The problem occurred on orders of 10 items or more, and Jet has identified all the affected users, proactively applying a credit to their account for the missing savings. Since I brought it up prior to completing my purchase, the company offered me a $20 credit to make up for the difference in savings and a change in the item’s pricing. (In the interest of transparency, I did not accept the credit.)

But frankly, it felt funny asking for the $2.87 in savings I had been promised, since I was already getting such a fantastic deal on the item even when I was shorted. But instead, this entire experience reveals a troublesome problem with the debit card era. As much as we swipe, few people take the time to balance their checking accounts anymore, let alone add up the totals from a multi-product online purchase. What if the company’s math was wrong? In this case, it actually was.

In fairness to Jet, the savings were dizzying as I put together my cart. With each product I ordered, it introduced additional discounts on millions of products. On one hand, I’m not surprised Jet got the discount wrong, but on the other, it’s Jet’s job to get it right. According to Liza Landsman, Jet’s chief customer officer, the company’s first week also caught the company off guard. On Jet’s first day, the site did over $1 million in sales, it amassed more than 200,000 users in the first two days, and 115,000 people downloaded Jet’s apps in the first week.

“One of the things that has been great – given the tremendous volume we have this week — has been lots of great feedback,” Landsman says. “We’ve been able to rapidly cycle through making user experience enhancements on the site, and some of the things we’ll even be rolling out in the next week or two.” These include new savings calculators, dropdown menus, and other ways for consumers to better understand their savings. These sound great, but if I had a suggestion, it would be that Jet only process one sale per order, instead of breaking it up into several smaller sales, which is they did on my order. My checking account lists seven different purchases through Jet (and you bet I checked to see that they add up to my $254 order total).

Overall, I ordered 18 items, 13 of which were due to arrive in one-to-two-business days, while the other five were scheduled for between two and five business days. As I write this on day five, eight items were on time, seven arrived a day late, and three are still outstanding.

If Jet’s business model is all about maximizing efficiencies, the magic driving it has been lost on me. The company pulls together orders by pairing its own warehouses stock with the inventory from a network of “trusted” partners. In my case, the majority of my order came directly from Jet. These items arrived in two footlocker-sized boxes that were more than half full of air pillow packaging. One box arrived on time, the other a day late. Both were delivered by OnTrac, a FedEx and UPS competitor that also carries Amazon Prime packages in western states and has gotten poor marks from customers for how they treat packages. In my case, OnTrac dropped both giant boxes on the doorstep without even ringing the bell. My wife and I were home both times.

In addition, as a Jet shopper, you have no idea where these items are coming from until they’re on their way. One box that arrived was from Walmart, a company with which my family prefers not to do business. Had we known that we were purchasing products from it, we would have opted for higher-priced alternatives. But this is the dark side of discount shopping with Jet. If Jet makes a deal with Walmart in the name of lower prices, you become an unknowing accessory to that pact. But to Walmart’s credit, it delivered the goods much faster than I was expecting.

Meanwhile, I’m still waiting on a bottle of Tide laundry detergent, which should have arrived within one-to-two business days, and some printer ink cartridges that were due by the day of my writing this. The Tide is actually coming from a Jet warehouse — or so an email told me — and the printer cartridges are coming from a third party. According to tracking numbers, the cartridges have been sitting around in a UPS location on the east coast for a week. Who do I blame for that: Jet, UPS, or the third party? The Tide, meanwhile, is somewhere in Iowa right now, en route to my Washington State home also from New Jersey. I’m not a logistics expert like the people running Jet, but I find it impossible to believe that there wasn’t another bottle nearby that would’ve been cheaper. But that’s what Jet is asking its customers to do: take it on blind faith that it knows what it’s doing.

I’m not convinced that they do, yet. Still, I’m sold by the savings — $86 is nothing to sneeze at — so I’ll likely shop with Jet again. Only as long as I’m buying items I’m not in a rush to receive. 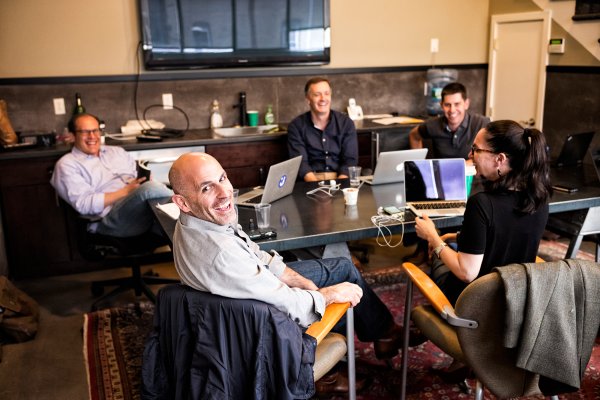 Everything You Need To Know About Amazon's New Rival Jet.com
Next Up: Editor's Pick