Tehran's Triumph of the Nil

President Obama made about as sound a case as could be made on Wednesday for Congressional approval of the nuclear deal with Iran. It was a nice stroke to borrow both the venue and the logic of John F. Kennedy’s 1962 speech at American University; JFK’s argument for “a practical and obtainable peace” and putting faith in the “gradual evolution in human institutions” land right in the wheelhouse of Obama’s argument for cementing the pact, the alternative to which really is war.

But the Cold War comparison was also immensely flattering to Iran, which is, to the Soviet Union roughly what Costa Rica is to the United States. Iran, known as Persia for most of its 2,500 years, can rightly claim an extraordinary role in world history, as a seat of empire, a fount of learning and wellspring of the greatest aesthetic and intellectual achievements of Islam’s glory years. It may even have been the source of monotheism, if as some sources say Zoroaster predated Abraham.

But in the 36 years the mullahs have been in power, Iran has been reduced to the status of gadfly. It makes almost nothing except trouble. Its economy is dominated by the state, which is widely understood as corrupt, and produces a gross domestic product less than half the size of neighboring Turkey, which has almost exactly the same number of people and none of Iran’s oil and gas.

The Islamic Revolution brought education to much more of the population, but unfortunately, not nearly enough work; 150,000 college graduates leave the country every year. The country leads the world in two categories: opium addiction, and traffic fatalities, the latter a seldom-cited but excellent marker for the government’s level of competence, or its most basic regard for its citizens.

The painful truth is that Tehran’s singular achievement has been getting the goat of the world’s only superpower, albeit by accident — those students weren’t supposed to take over the U.S. Embassy, but when Ayatullah Khomeini saw the Americans’ reaction, he decided to ride the bronc. His successors are riding it still. Obama paid them a great compliment in comparing them to the godless Soviets who, as their empire crumbled, Khomeini urged in a letter to Mikhail Gorbachev to take up the study of Islam. The bomb sure didn’t save them, a lesson the mullahs would do well to consider themselves. 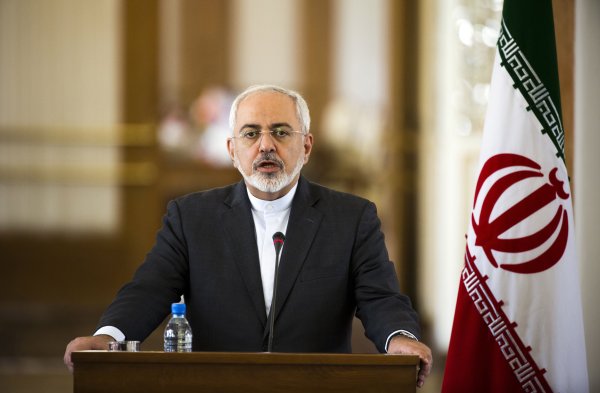 BBC Allowed to Return to Iran After 6 Years
Next Up: Editor's Pick