The wizarding world is getting a handsome new addition. Colin Farrell has joined the cast of J.K. Rowling’s Harry Potter spinoff Fantastic Beasts and Where to Find Them, which will tell the story of Newt Scamander (Eddie Redmayne), the writer of a Hogwarts textbook.

Farrell will play a wizard named Graves, according to The Hollywood Reporter, who Scamander meets in New York. Observant Potterheads will know that this meeting wasn’t necessarily part of the original plan considering, ‘Newt Scamander only meant to stay in New York for a few hours,’ as Rowling revealed in an anagram on Twitter in 2014.

The True Detective star joins a cast that includes Ezra Miller, Dan Fogler and Katherine Waterston. Farrell, despite never starring in a Potter film, is no stranger to the wizarding world. He starred in In Bruges with Brendan Gleeson (Mad Eye Moody), Ralph Fiennes (Voldemort) and Clemence Poesy (Fleur de la Coeur).

“I would like to be in something like that, ” he said about participating in the Harry Potter universe in 2008. “That would be genius.”

The film will be directed by David Yates, who directed the final four Potter films, and is set to hit theaters on Nov. 18, 2016. 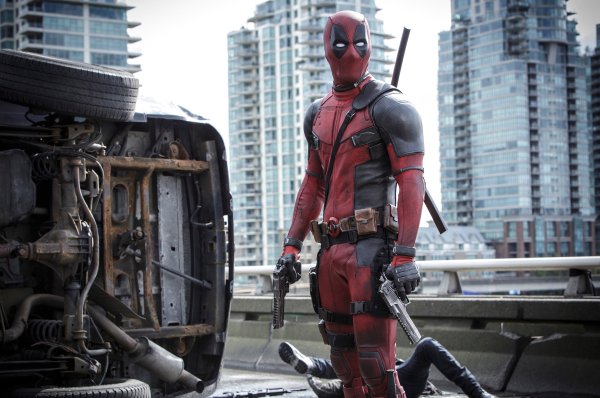 First Deadpool Trailer Plays Up the Dark Humor
Next Up: Editor's Pick