It’s no secret that Hollywood doesn’t always reflect the world we live in, but the latest study on diversity in movies is driving that point home with new—but depressingly familiar—statistics.

Looking at the 700 top-grossing movies from 2007 to 2014, researchers at the Media, Diversity & Social Change Initiative at the University of Southern California found that on-screen characters are predominantly straight, white and male. Here are some of their most notable findings:

Gender: Only 30.2% of speaking roles or named characters in those 700 movies were women. Of the top 100 movies in 2014, only a fifth had a leading or co-leading actor who was a woman, and women only made up 15.8% of behind-the-scenes roles—directors, producers, writers.

Race: Of the top 100 movies last year, 73.1% of all characters were white, and only 17 of those movies had a leading or co-leading actor who was a minority. The study authors say this represents “no change” when compared to castings in the top 700 films from 2007-2014.

LGBT: In the top movies of 2014, only 19 characters were gay, lesbian or bisexual, and none of them were transgender. The LGB characters portrayed reflect other industry biases: they, too, are mostly white men.

Read next: This Is How Few Women Landed a Top Hollywood Role Last Year

Read next: The Hidden Factor in Hollywood’s Racial Diversity Problem

Read next: Kathryn Bigelow: We Must End Gender Discrimination in Hollywood 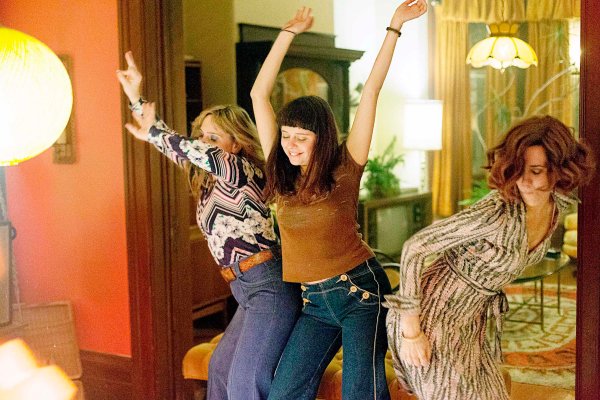 Review: Diary of a Teenage Girl Is an Honest Entry on Teen Sexuality
Next Up: Editor's Pick