The Burgundy and Gold aren’t giving up the fight. For the second time this year, the U.S. Patent and Trademark Office ruled that the word redskins might “disparage or bring into contempt or disrepute” Native Americans, making it an illegal trademark under a 1946 law meant to keep derogatory language off store shelves. The March 17 decision wasn’t about the pro-football team, but the implications for the most prominent user of the name were clear.

Just days later, the owner of the Washington Redskins, Dan Snyder, doubled down on his commitment to the name. He revealed his secret four-month tour of tribal lands, where he said he heard a lot of support for the team name and discovered “heartbreaking” economic conditions. “I’ve listened. I’ve learned,” he said in a press release before announcing his latest public relations push: a team-funded charity that has already provided winter coats and a backhoe to tribal members. Its name: the Washington Redskins Original Americans Foundation.

It marks the latest turn in two decades of legal wrangling over the name. In its most recent ruling, the patent office cited definitions from five dictionaries, a handful of news articles and a declaration from the National Congress of American Indians to determine that a company claiming the name Washington Redskin Potatoes should be denied protection. President Obama said last October that he would consider changing the name if he owned the football team, and he has been joined by lawmakers in recent weeks.

At the patent office, there is a separate petition pending to strip the team of its trademark. Trademark officials did just that in 1999, a decision that put at risk millions of dollars in merchandising revenue but was later overturned on appeal for procedural reasons. Redskins officials say they are not worried about a second rejection. “Even a negative ruling will have no effect at all on the team’s use of the Redskins name and logo,” says team spokesman Tony Wyllie.

But opponents of the name say the clock is ticking. “The name will eventually change,” says Joel Barkin, a spokesman for the Oneida Indian Nation, which has led the campaign to change the name. “The question is at what point will Snyder be forced into doing it, or will he decide to do so on his own?”

Most Popular on TIME
1
The History of MLK Jr. and Sen. Warnock's Church
2
How mRNA Tech Gave Us the 1st COVID-19 Vaccines
3
Was Martin Luther King Jr. a Republican or a Democrat? 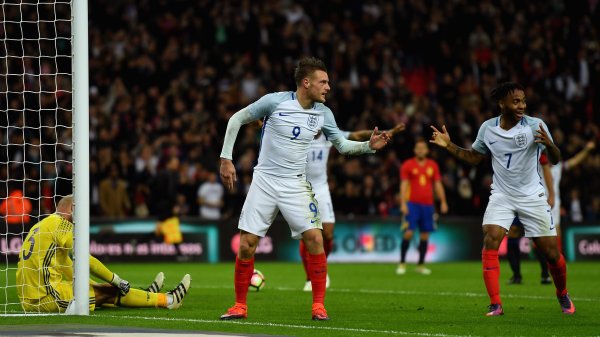 England Soccer Team Celebrates Goal With a Mannequin Challenge
Next Up: Editor's Pick