In a hilarious sketch on the Conan show, Conan O’Brien gets massaged with panda tears by Marvel character, Deadpool.

Ryan Reynolds, who plays the sarcastic mercenary, appeared on last night’s talk show in conjunction with the release of the official trailer of Deadpool. But there was no need for the actor to explain who the character was for O’Brien declared that Deadpool “once saved my life.”

The show then cuts to a video of O’Brien getting rubbed down by the Marvel superhero, who laments O’Brien’s apparent lack of derriere.

The highly anticipated new film is due to open in cinemas on February 12, 2016. 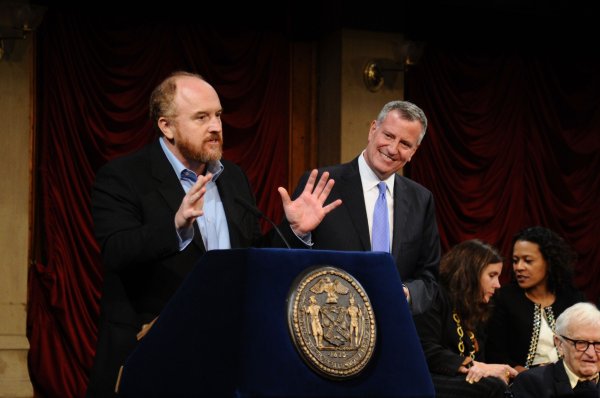 Louis C.K. is Following New York's Mayor Around the City
Next Up: Editor's Pick