US Secretary of State John Kerry holds up Joseph Kennedy's cane, which has been used by John F. Kennedy and Ted Kennedy, while talking about his broken leg during the 8th Lower Mekong Initiative Ministerial Meeting at the Putra World Trade Center August 5, 2015 in Kuala Lumpur, Malaysia.
Reuters
By Nash Jenkins

After a string of meetings in the Middle East and Singapore, U.S. Secretary of State John Kerry is now in Kuala Lumpur to attend this year’s ASEAN Regional Forum. He is still nursing a broken leg, the result of a bicycle accident in France two months ago, but has swapped his crutches for a silver-tipped cane — an heirloom currently on loan from America’s storied Kennedy family.

Kerry has a record of conducting politics in spite of personal injuries, and this is not the first time he has borrowed the Kennedy walking stick to carry himself.

“This cane has a history,” he said at the start of a meeting on Wednesday. First, Kerry explained, it was Joseph B. Kennedy’s, used during his ambassadorship to the U.K. during World War II. During that conflict, his son, President John F. Kennedy, had sustained back injuries, and later used the cane when the pain was particularly bad. Seven months after the President’s assassination in 1963, his brother, Senator Ted Kennedy, was in a plane crash that left him with a broken back. He’d use the cane intermittently for the rest of his life, but lent it on two occasions to Kerry, then his fellow Massachusetts Senator who looked to the “Lion of the Senate,” as Kennedy was known, as a political father figure.

“So when Vicki Kennedy, his widow, heard that I had broken my leg, she knew I was going to need the cane,” Kerry said. “She loaned it to me. So here it is. It’s — and the third time I’ve used it — three times is lucky, right?”

He made similar remarks while holding the cane at a 2010 campaign rally for Martha Coakley, who was up against Scott Brown to fill the Senate seat that Ted Kennedy had vacated. Months earlier, Kerry had delivered a eulogy at Kennedy’s funeral. The two had overlapped in the Senate for 24 years, relying on each other for friendship and political support (Kennedy’s campaign efforts were vital in ensuring that Kerry would receive the Democratic nomination in the 2004 presidential election). And as a teenager at St. Paul’s School in New Hampshire, a young Kerry is said to have idolized Kennedy’s brother, who had just been elected to the White House. 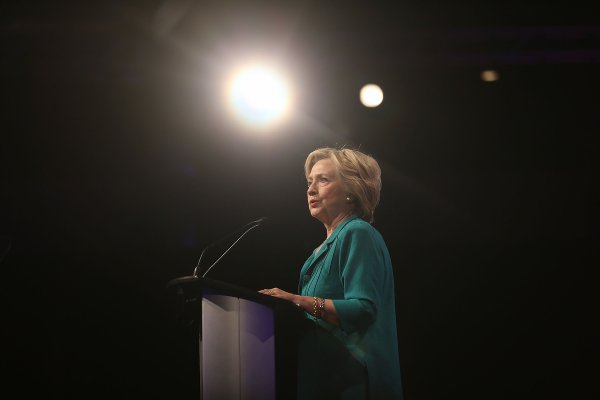