Shonda Rhimes Details Why She Killed McDreamy on Grey's Anatomy: 'That Was the Only Way'

Shonda Rhimes is breaking her silence on why she killed off McDreamy.

Previously, the writer-producer gave a brief statement on her shocking decision when the episode aired in April. Now, Rhimes is detailing her creative reasoning behind the move.

Here’s why Derek (Patrick Dempsey) died when he did: “The decision to have the character die was not a difficult one,” Rhimes told reporters at the Television Critics Association’s press tour on Tuesday. “What were the options? Derek was going to walk out on Meredith and leave her high and dry and what was that going to mean? That was going to suggest that their love was not true, that the thing we said for 11 years was a lie, and McDreamy wasn’t McDreamy. For me, that was untenable. Meredith and Derek’s love had to remain Meredith and Derek’s love. So as painful as that was for me as a storyteller, the only way to preserve what felt true to me was that Derek was going to have to die in order for that to remain honest. I really couldn’t have the idea that he turned out to be a bad guy who walked out on his wife and his kids, [and have that turn] out to be a true story. To me, that was the only way to make Meredith and Derek’s magic remain true and remain frozen in time.”

Earlier, ABC President Paul Lee stood by Rhimes’ decision. “It was great, wasn’t it?” the executive said. “It was great to see Grey’s Anatomy so relevant and taking the national conversation in its 11th season. It was a difficult decision. Patrick obviously has lots of interests outside. He’s very big in motosport. Shonda decided that was the way to go.”

Toward the close of season 11, Derek Shepherd – one of the show’s original characters – died after his car was struck by a semi-truck and he received poor medical care at a smaller hospital. The ABC drama saw a huge surge in the ratings in turn, with 9.4 million people tuning in to witness the grim fate of Dr. Shepherd — though not everyone was particularly happy with the show’s sudden turn.

Still, Lee believes this new direction will reinvigorate the show as it heads into season 12. “We’ve seen the pitch for Grey’s next season,” he continued. “The show reinvents itself again. She really is a remarkable showrunner and we have no reason to expect that Grey’s Anatomy won’t go on for many years to come. 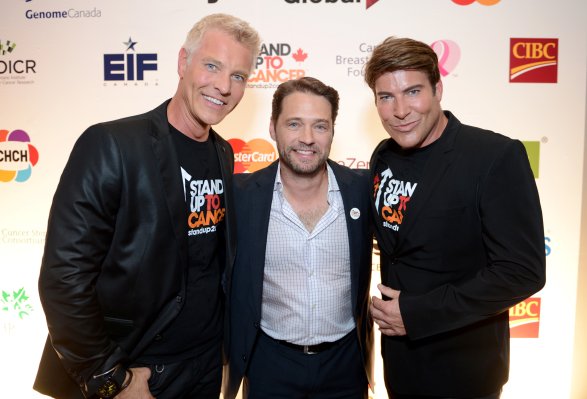 Canadian Television Host Chris Hyndman Has Died at 49
Next Up: Editor's Pick