Wednesday’s Google Doodle offers a glimpse of what American traffic would’ve looked like 101 years ago, when the world’s first electric traffic light was installed.

The device, the predecessor to what is used worldwide today, was installed in Cleveland, Ohio, on Aug. 5, 1914, at the corner of 105th and Euclid.

The lights offered respite to policemen who had previously been forced to direct cars and horse-drawn wagons in the middle of crowded highways, even in the throes of a midwestern winter.

It wasn’t the first time that people had tried to find alternatives to traffic regulation, though. While gas-lit traffic signals were installed in the 19th century in the U.K., they often proved ineffective — especially since they were known to spontaneously explode.

The Doodle shows the jerky and chaotic traffic flow of a century past — a feature intentionally added by illustrator Nate Swinehart, who wanted to outline that the yellow light wasn’t introduced until even later to regulate traffic flow more effectively. 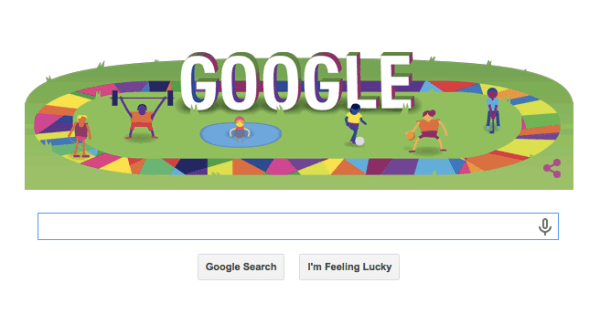