Floyd Mayweather's Final Fight Will Be Against Andre Berto

Floyd Mayweather will face Andre Berto on Sept. 12 for the final fight of his career, the undefeated boxer revealed Tuesday on Instagram.

Mayweather (48-0, 26 knockouts) will defend his welterweight world titles against Berto (30-3, 23 knockouts), in an attempt to match the late heavyweight champion Rocky Maricano’s 49-0 record. Showtime pay-per-view will broadcast the fight from the MGM Grand Garden Arena in Las Vegas.

Mayweather, who defeated Manny Pacquiao in a historic fight in May, said on Tuesday in a statement: “I’m ready to get back in the ring on September 12 and prove again to the whole world why I’m ‘The Best Ever’ … Forty-eight have tried before and on September 12, I’m going to make it 49.”

“Best believe that I plan to bring it to Floyd and I’m not concerned about what 48 other fighters have been unable to do,” Berto said on Tuesday. “Somebody is getting knocked out and it won’t be me.” 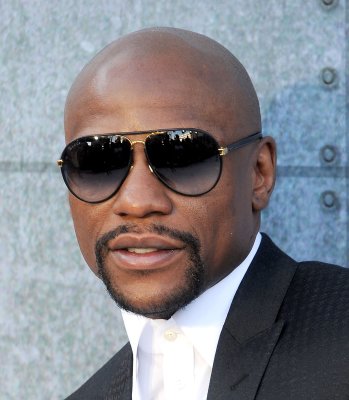 Why Floyd Mayweather Lost His 'Fight of the Century' Title
Next Up: Editor's Pick