Here's Who Drinks the Most Sugary Beverages In the World

How much sugar is in your fizzy drink?
Peter Dazeley / Getty Images
By Tanya Basu

It’s more likely than not that today, at some time, you’ll consume at least one beverage with sugars in it, be it fruit juice, a sweetened drink of some sort, or milk. And you wouldn’t be alone. Most everybody—as in, everybody in the entire world—likes a sip of a sweet liquid, finds a study released Wednesday in PLOS One that looks at global consumption patterns. The results are a glimpse into preferences by geography, demographic, income and even gender.

The same goes for milk: the richer your country, the heavier your consumption of milk. Swedes and Icelandic people clock in about 1.6 servings of milk per day, with Finns trailing not too far behind at 1.3 servings a day. Compare that to Americans, who have just 0.69 servings a day, putting it 64th out of 187 countries. South Koreans drink the least amount of milk.

East Asians tend to drink the fewest SSBs—China came dead-last—while those in the Caribbean—Trinidad and Tobago and Barbados topped the list—drink the most, especially young men, who drink 3.4 servings per day. There’s a notable age difference in SSB consumption, too: young adults prefer fizzy drinks when it comes to their sugary beverage of choice, but older adults were more into milk. And regardless of where she was from, women over the age of 65 consumed the least number of sugary beverages. At the other end of the scale were young people between 20 and 39; men in that age bracket heavily preferred sugar sweetened beverages, while women overwhelmingly went for fruit juice. (Singh warns against oversimplifying the patterns: “It’s just an average,” she says. “It doesn’t necessarily mean women prefer fruit juice and men only like milk.”)

“SSB consumption was higher in middle-income countries, but lower in low- and high-income countries,” Singh says. In other words, at the extremes of wealth, consumption of SSBs were quite low; but in countries making what Singh described as “the nutritional transition from traditional foods to more processed foods,” the number of servings of SSBs consumed daily shot up.

Why the focus on sugary drinks? Singh and her colleagues recently published another study in the journal Circulation that shows that 184,000 deaths per year around the world are linked to consumption of preventable, SSB-related diseases including type-2 diabetes. 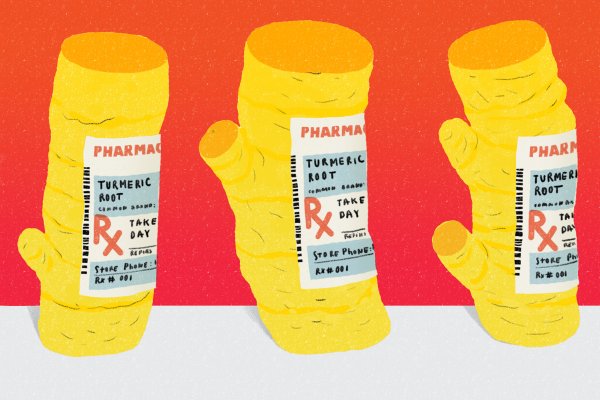 You Asked: Should I Take Turmeric Supplements?
Next Up: Editor's Pick