Jon Stewart Signs Off From The Daily Show

It’s over: The last Fox News correspondent has been lampooned, the last shrug has been shrugged, the last eyebrow raised in skepticism. At least, under Jon Stewart’s watch. After 16 years hosting Comedy Central’s The Daily Show, Stewart bade farewell to his audience Thursday night before passing things on to Trevor Noah, who commences hosting duties on Sept. 28.

To some, Stewart was the only honest voice in the media, a primary source for real news even though he billed the show as fake news. To others, he was guilty of the same offenses committed by those he criticized nightly. But from either side of the Stewart aisle, it’s hard to deny that he has shaped minds, moved conversations and blurred the boundaries between comedy and real political discourse. (The show’s 20 Emmys accumulated during his tenure surely count for something, too.)

On Thursday night, after receiving visits from well over a dozen former correspondents and a particularly heartfelt goodbye from Stephen Colbert, Stewart signed off by saying that the entire show has been one long conversation, and it’s far from over. “Nothing ends, it’s just a continuation, it’s a pause in the conversation,” he said. “Rather than saying goodbye or goodnight, I’m just going to say I’m gonna go get a drink, and I’m sure I’ll see you guys before I leave.”

And then he looked to none other than Bruce Springsteen to take us through the home stretch. 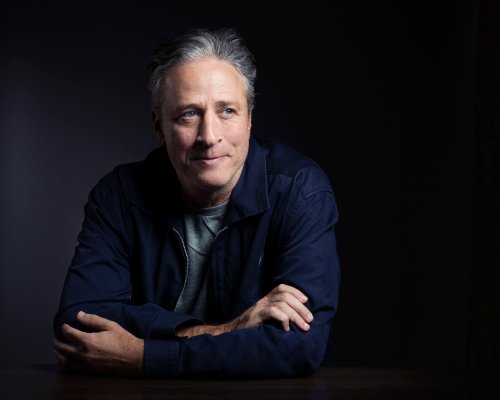 Stephen Colbert Poured His Heart Out for The Daily Show Finale
Next Up: Editor's Pick