How the New Economy Hurts Men and Helps Women

Ideas
By Geoff Colvin
Geoff Colvin is a senior Editor-at-Large and columnist at Fortune.

In the new economy, value moves to skills of social interaction, and you don’t need rigorously designed social science experiments to tell you that women will probably perform those skills best. Men and women both know it from life experience. The dispute for centuries has concerned which sex’s strengths are more economically valuable. For a long time the rising power of technology seemed to favor male engineers and entrepreneurs, but now, ironically, the trend is reversing as technology increasingly takes over all but the most deeply and essentially human roles. What we’d like to know more about is where the skill differences between the sexes come from, whether they’re likely to disappear, what they mean for organizations (more than we think), and whether men are doomed to irrelevance.

Step one is confronting the hot-button issue of whether differences between the sexes are innate or learned, hardwired or imposed by society. That one’s easy—clearly both—which means that at least some of those differences are in us at birth. The view that humans are innately inclined toward anything at all was out of favor for much of the twentieth century, but the evidence now seems persuasive that there is indeed such a thing as human nature, and it differs by sex.

To take an example highly relevant to our topic, why do boys seem so interested in mechanical things while girls seem more interested in human relationships? When researchers studied one-year-olds, they found that boys would rather watch a video of cars going past than a video of a human face, but girls would rather watch the face. That finding didn’t satisfy some people, who argued that even at the tender age of one, acculturation could explain the difference. But in fact researchers had previously studied one-day-old babies. Boys looked longer at a mechanical mobile than at a face, while girls looked longer at the face. It’s hard to argue that acculturation did it. For that matter, it’s possible to measure the testosterone in a baby’s system before it’s even born and predict how much eye contact it will make at age one; less prenatal testosterone means more eye contact. Such evidence and much more suggests strongly that the gender differences we care about are indeed partly hardwired.

It’s obvious which kind of brain is better suited to a world that values interpersonal skills, and men will be distressed to learn that Baron-Cohen’s evidence for his model is vast. A few highlights:

• Starting at age one, girls are more likely to respond empathically (through sad looks, sympathetic sounds, comforting) to the distress of others. By age three, they’re better than boys at figuring out the thoughts and intentions of others, and they never lose their advantage.

• Women are better than men not just at reading eyes but also at nonverbal communication generally, such as reading tone of voice and facial expressions.

• Empathy disorders, such as psychopathic personality disorder, are far more common among men. Murder, which Baron-Cohen rather drily calls “the ultimate example of lack of empathy,” is of course overwhelmingly male-instigated.

• The way girls talk is much more cooperative and collaborative than the way boys talk, and girls can keep a conversation going longer than boys can.

There’s more, but the men reading this are probably starting to sweat already. I hate to pile it on, but in addition to women’s considerable advantages in an economy that increasingly values empathy, collaboration and relationships, men have another reason to worry. Besides losing in competition with women, they are likely to lose disproportionately in competition with technology.

This seems odd, considering that men, on average, are attracted to technology and have been, on average, more responsible for the technology revolution. Of course, a number of computer pioneers were unsung women—Ada Lovelace, Grace Hopper, Jean Jennings, to name a few—who are only beginning to get the recognition they deserve. But it’s undeniable that the industry has been and remains dominated by men, a situation that many companies, schools, and governments worldwide are trying to remedy. Yet the surprising new trend is that for men in general, technology’s advance is becoming a problem.

That’s because in the systemizers-versus-empathizers model, systemizing is exactly what technology is taking over. Understand how an engine, the weather, or a golf swing works? Men may be hardwired to focus on such questions, but in a world increasingly filled with sensors and ever greater processing power, computers will analyze those systems and practically all other systems faster and better than people ever could. Yes, even your golf swing; sensors that attach to your clubs and send analytical data about your swing to your computer have been around for years and are improving all the time. As for some of the most important systems in our lives—computer systems—they’re increasingly being created by computers themselves.

Obviously the world will need plenty of computer engineers as infotech proliferates, but, as we’ve seen before, the important issue isn’t the number of jobs but rather the number of high-value jobs. Computer coding is becoming commoditized, with schools adding classes for students as young as five. The skill is becoming analogous to writing—everyone in a modern economy must be able to do it at some basic level, but the world needs very few people who do it for a living. Instead, coding, or at least a knowledge of how it works, becomes a skill that everyone brings to their work in other fields. The larger point is that, as technology transforms our world in new ways, men’s innate tendency to systemize, which has served them well since humans’ emergence as a species, becomes ever less of an advantage for them in the economy.

Geoff Colvin is a senior editor at large for Fortune Magazine and is the author of both Talent Is Overrated (2008) and the new book Humans Are Underrated.

Excerpt from Humans Are Underrated: What High Achievers Know That Brilliant Machines Never Will by Geoff Colvin (Portfolio 2015) 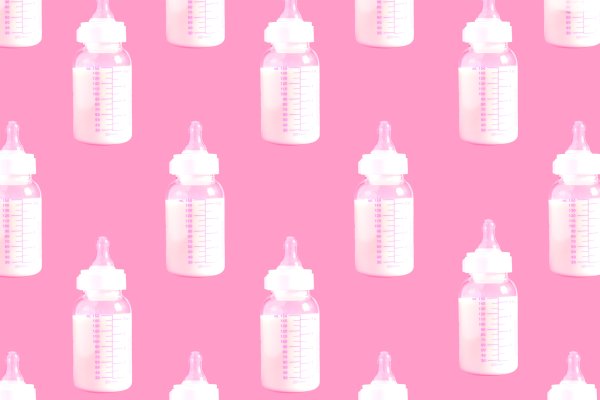 Why I'm Not Celebrating World Breastfeeding Week
Next Up: Editor's Pick