Russell Moore, president of the Southern Baptist Convention’s policy arm, will interview Bush on stage Tuesday afternoon at the Send North America conference, one of the country’s largest summer church gatherings. Moore will also show a video of an interview he pre-taped with Rubio. Other leading presidential candidates, including former Secretary of State Hillary Clinton, were invited to participate, Moore’s team says, but only Bush and Rubio accepted the invite.

The Send North America Conference is not a political event. It is a missions conference, hosted by the Southern Baptist Convention’s mission boards, and a forum for evangelicals and Baptists to deepen the ways they evangelize, even if they are not pastors or professional missionaries. Most presentations have nothing to do with politics. Keynote speaker pastor J.D. Greear of The Summit Church in North Carolina, for example, gave a keynote speech exploring how his church aims to start 1,000 new churches by 2050. Only 10% of conference participants are pastors, and more than two-thirds are male.

Moore, who has been an advocate in the recent push to defund Planned Parenthood, is hosting the interview at a missions conference so evangelicals can decide how to make presidential politics part of their own personal Christian mission.

“These candidates are not coming as speakers on Christian theology or mission, but our mission as Christians includes both personal evangelism and also public justice,” Moore wrote on his blog. “We are Americans, yes, but we are not Americans first. We are citizens too of the Holy City, the New Jerusalem, and we wait not for a president but for a King.”

It is a more indirect approach to evangelical engagement from both Louisiana Governor Bobby Jindal’s Response Rally in January, which more overtly blended his political and spiritual goals, and from the Values Voter Conference hosted by the Family Research Council in September. Instead it echoes, on a smaller scale, evangelical megachurch pastor Rick Warren’s 2008 debate between Sen. John McCain and then-Sen. Barack Obama, hosted at his Saddleback Church.

Bush, a Catholic, has been wooing Christian conservatives behind the scenes for months. He sat down with Moore more than 15 months ago in Miami to talk about evangelical concerns. In April he spoke to Hispanic evangelicals about immigration at the invitation of pastor Samuel Rodriguez Jr., the head of the National Hispanic Christian Leadership Conference, whose board Moore recently joined. Rodriguez also called Rubio’s candidacy “a testimony of God-fearing, hard-working, family-loving, freedom-advancing Americans of Hispanic descent” when he announced his White House run, but later questioned his conviction on immigration.

Despite the candidates’ focus on reaching evangelical leaders, one group of evangelicals may less accessible, if only because there are fewer of them present for the conversation they want to have—women. Just 30% of the Send conference participants are women, and only two of the event’s 37 featured speakers are women. The day after Send, Moore is hosting a one-day conference on evangelical political engagement, and there again are only two women in the lineup of 17 keynote spots, Jennifer Marshall, a vice president at the Heritage Foundation, and Karen Sallow Prior, an English professor at the evangelical Liberty University.

Demographically, the divide makes sense, as only men can hold top pastoral positions in the Southern Baptist Convention tradition, but it could make the conversation over hot-button issues such as abortion more charged. 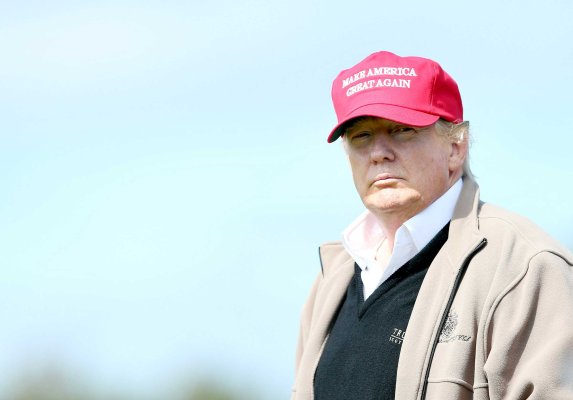 Donald Trump Gives Out His Own Cell Phone Number
Next Up: Editor's Pick