7 Ways to Respond to Negativity at Work

Up until very recently, I’ve had two techniques for dealing with negative co-workers and colleagues. Full disclosure: Neither of them ever worked.

First, I tried avoiding negative people. I was never rude, but if someone was always venting, I wouldn’t engage in conversations with him or her.

This strategy led me to miss out on important relationships with people who, complaints aside, were good to know. So next, I tried commiserating with the venters. When people started their spiel, I’d join in, either by getting annoyed on their behalf or offering complaints of my own. Not only was this bad for my mood, but it encouraged people to keep grumbling around me.

So I finally figured out a third way to deal: responding to unhappy statements in a way that shut down the pessimism while still keeping the conversation alive.

(Note: I reserve this strategy for people who whine non-stop, not those who speak up when there’s an issue.)

Here are the seven responses I use with people who always seem to have something negative to say.

1. “I’m sorry to hear that. Did anything good come out of the situation?”

This response shows empathy while redirecting the person’s thoughts in a more upbeat direction. If he or she says, “No, nothing!” then you can frown sympathetically and change the subject.

Do note that you definitely don’t want to be the one to point out a specific silver lining. If you do, it can put the other person on the defensive, making him or her feel obligated to prove why the situation is still sucky (despite the apparent bright side).

2. “Wow, that sucks. But I’m pretty impressed with how positive you’ve managed to stay about the whole thing.”

In the same way that telling people that they’re really hard workers motivates them to work harder and live up to that reputation, commenting on someone’s “impressive” fortitude incentivizes them to be less negative.

Asking about coping strategies will automatically put people in problem-solving mode. And since no one wants to say, “I don’t know how to handle this,” you’re almost guaranteed to get a positive response.

4. “If only [name] had the experience/wisdom/work ethic that you did!”

When colleagues are venting to me about others, this line not only flatters, but encourages them to acknowledge where the other person’s coming from. The combination of perspective and flattery usually goes a long way.

5. “Please, correct me if I’m wrong, but it sounds like you’re upset because…”

Some people just won’t let it go until you’ve heard them out. For these folks, I’ll just repeat their main grievances back to them. This lets them feel heard, but since I’m not adding anything new, they eventually run out of steam.

6. “Oh gosh. Well, I’m sure you’d rather talk about something happier. What else is new in your world?”

With this reply, you force the other person to move on to a less gloomy topic. After all, what else can he or she say: ”No, I actually don’t want to talk about something happier?”

While you shouldn’t offer to step in unless you can actually follow through, most of the time, the venter won’t take you up on your offer. Instead, he or she will usually say, “No, that’s okay,” or, “I don’t think there’s anything you can do,” at which point you can reply, “Definitely let me know!” and then transition to something else.

Dealing with negative people is no one’s idea of a good time. But now, you don’t have to walk away quickly when you see them in the kitchen or at a networking party—you can stroll right up and start talking with the knowledge that if they start venting, you’ve got seven options for combatting their pessimism.

This post is in partnership with The Muse. The article above was originally published on The Muse 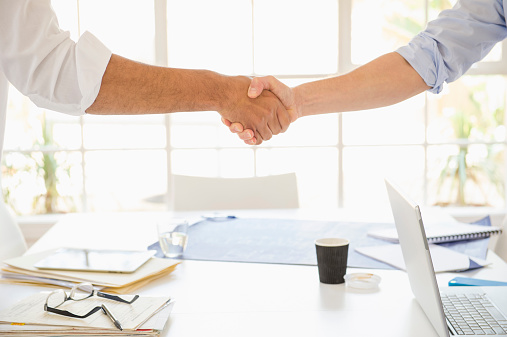 How to Quit Your Job Gracefully
Next Up: Editor's Pick