Chris Christie, Governor of New Jersey and candidate in the Republicans' presidential candidates race, talks with a voter at The Puritan Backroom in Manchester, N.H. on Aug. 3, 2015.
CJ Gunther—EPA
By Tanya Basu

Gov. Chris Christie announced he has used birth control at a town hall meeting Tuesday morning, and he made sure to leave little room for ambiguity.

“I’m a Catholic, but I’ve used birth control—and not just the rhythm method, ok?” the Republican presidential candidate admitted to a crowd at a Manchester, N.H. restaurant.

Christie made it clear that he has struggled with his faith’s doctrine on sex and family, which holds that contraceptives “work against the natural gift of fertility.”

“My church has a teaching against birth control,” said the governor. “Does that make me an awful Catholic, because I believe and practiced that function during part of my life? I don’t think so.” 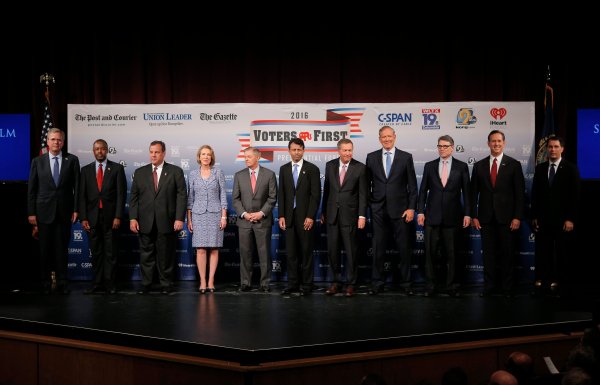