Why the World War II 'Dambusters' Mission Was So Important

The Mohne Dam in North Rhine-Westphalia on May 17, 1943, after being bombed by the No. 617 Squadron of the RAF, better known as the Dambusters, during Operation Chastise. Photo discovered in German archives after the war.
Keystone / Getty Images
By Lily Rothman

The last living pilot who participated in the Dambusters operation in May of 1943 died on Tuesday, the BBC reports. Les Munro, a New Zealander who continued to take to the skies even in old age, was an impressive survivor from the start: the renowned World War II mission—in which Royal Air Force planes attacked German dams—sent out more than 100 flight crew, of whom only about half returned. (Two non-pilot crew members survive today.)

But why was that particular mission so important?

As TIME reported in the week that followed, the mission was “one of the most daring and profitable exploits of the air war against Germany” because the industrial region around the Ruhr valley was seriously hurt after the loss of the dams caused the river to flood:

About a decade later, the work of Munro and his compatriots was illustrated by the British movie The Dam Busters. The real hero of the movie, TIME noted in its review, was a new type of bomb that, if dropped at the right height and speed, would “bounce for 600 yards along the water to the dam wall, sink 30 feet and detonate.”

Read more from 1943, here in the TIME Vault: Loosing the Flood

For your security, we've sent a confirmation email to the address you entered. Click the link to confirm your subscription and begin receiving our newsletters. If you don't get the confirmation within 10 minutes, please check your spam folder.
Most Popular on TIME
1
Who Should Be TIME’s Person of the Year for 2020? Vote Now
2
'First Thanksgiving' Tribe Faces COVID-19 Epidemic
3
What to Know About Hillbilly Elegy 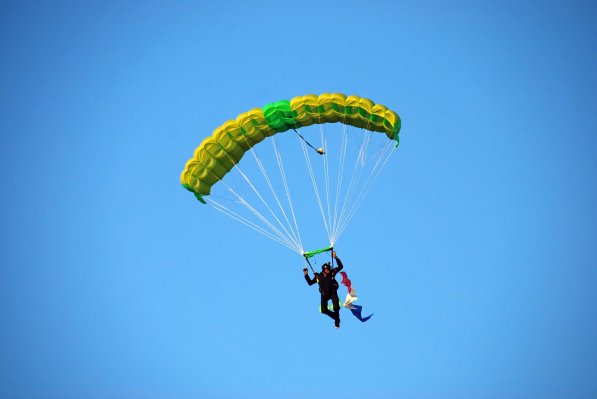 WWII Vet Who Flew on D-Day Skydives to Celebrate 95th Birthday
Next Up: Editor's Pick