This is Why Most Etsy Sellers are Women

At Etsy, women rule. According to the company’s second annual seller report, 86% of Etsy sellers are female. That’s a dramatic departure from overall trend: Only about a third of U.S. small businesses are women-owned, according a report from the Institute of Women’s Policy Research.

But does an Etsy shop really count as a business? According to 76% of sellers, the answer is yes. And while many do supplement their income in other ways, around 30% of sellers say their store is their sole occupation. The report doesn’t specify how much Etsy sellers are taking in from their shops, but does list their average household income: $56,180. It also notes than more than half would consider scaling their shop by, say, buying new equipment or renting additional space.

So, assuming it’s fair to consider these sellers business owners, what is it about running an Etsy shop that makes it more accessible to women their other types of small businesses? To find out, Fortune reached out to some Etsy experts.

Staying home: 26% of sellers had no paid employment before starting their business

Julie Persons was a stay-at-home mother of two when she joined Etsy in 2006. She began by selling the needle felting pieces she made for fun. When that shop started getting traction she expanded, opening a series of shops selling vintage finds and her original photography.

One of Persons’ stores, “Chicks in Hats,” which sells photographs of, well, chicks wearing hats, began as a project with her then-7-year-old daughter. Persons’ daughter makes the hats; Persons takes the photos. Aside from being a great excuse to spend time with her daughter, Persons says she wanted “show [her daughter] that there’s a way to take any creative idea and take it further.”

About a third of American mothers do not work outside the home, according to the Pew Research Center. This number has been increasing steadily for the past fifteen years, a trend that’s attributed to a range of factors, including high unemployment rates and increasingly unaffordable childcare. According to Etsy, 26% of sellers on the site had no paid employment before starting their stores and 38% were homemakers.

Based in rural Maine, Persons says she makes $40,000 to $45,000 per year on Etsy. And while she says she works full-time hours, she is able to stay home with her kids. “Women are still mainly the ones who stay home,” she says. “Having an online store is a way to do that, while still pursuing other passions and supporting my family.”

No financing required: Less than 1% of sellers took out a loan to start their businesses

Before launching their Etsy shop, friends Ericka Wright and Jessica Herning both had flourishing boutique sewing lines. However, the women found that success to be a mixed bag: While the businesses did well, Wright and Herning said they ended up spending all their time sewing. Both wanted to shift their focus to design rather than production, so they joined forces, opening an Etsy shop selling paper and PDF patterns.

Today, Wright and Herning’s Nashville-based shop Violette Field Threads employs four people and three freelance designers. The pair say Etsy business brings in about $70,000 a year. Still, they have not sought out additional financing to grow their business, choosing to finance it themselves. “We’ve thought about finding an investor and trying to start selling clothes ourselves, but that’s just such a big risk,” says Wright.

Wright and Herning are not unique: Less than 1% of sellers took out a loan to start their businesses, according to Etsy. That’s not terribly surprising given that sellers are mostly women, and women are less likely to tap outside financing over their lifetime, according to a study by the US Department of Commerce. On average, women-owned firms launch with just 64% of the capital of male-owned firms.

While experts can’t quite settle on a reason for the financing gap, most researchers agree that several factors are in play. Studies have found that women are less likely to be approved for loans or to get less favorable terms than men do. They’re also less likely to apply for those loans in the first place and, according to Experian, are likely to have slightly lower credit scores.

Prioritizing happiness: 64%of sellers think that doing something they enjoy is more important than making money

When Rebecca Plotnick was laid off from her job in apparel merchandising in 2008, she took the opportunity to step back and re-evaluate her career goals. A self-taught photographer based in Chicago, she started experimenting with selling her work on Etsy. Now, she says she’s making as much as she did in her old job and has no intention of going back.

“Etsy has allowed me to live my dream,” she says of her frequent photography trips to Paris. “Right now, I’m single, so I use the flexibility to travel. But I see myself having a family and I can do that too.”

Like Rebecca, 74% of sellers were motivated to start their creative business because they want to do something they enjoy, according to the Etsy survey. Nearly two-thirds of sellers agreed that doing something they like is more important than making money.

Etsy sellers aren’t alone. According to a joint study by Fleishman Hillard and Hearst Magazines, when asked to define success, women most frequently cited financial security, family and happiness and deprioritized wealth, luxury and being a senior executive. Women are also slightly more likely to say that enjoying their jobs is extremely important than men are, according to Pew.

“I just came back from 6 weeks of traveling,” Plotnick says. “What other job would let me do that?” 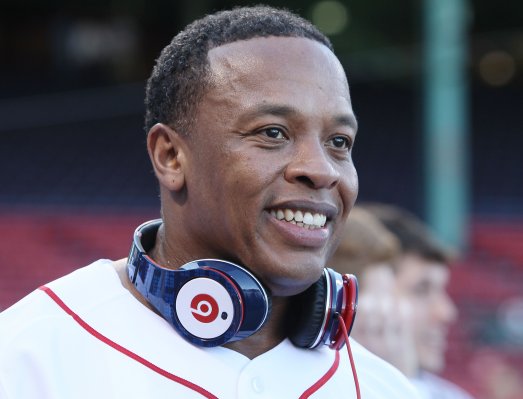 Dr. Dre to Release First Album in Over 15 Years
Next Up: Editor's Pick