Thom Reed always found this photo of his great-great grandfather compelling, ever since a cousin posted it online. It has ultimately inspired him to go after more information about his ancestry, including delving into his family's history during the era of American slavery
Courtesy of Thom Reed
By Alissa Greenberg

The man looks directly into the camera; he wears a bowler hat at a rakish angle, his jaw clean-shaven despite the fashion of his time. Thom Reed has always found that gaze magnetic and mysterious. The man, his great grandfather, was cited at family reunions as “the reason we’re all here,” but no one seemed to know much about him.

Ever since a cousin posted the photo online, Reed has been searching for answers about his ancestry, but like many African Americans, the search has only taken him so far. Despite his best efforts, he has found himself faced with what some in the community call the “brick wall”: the 1865 Emancipation Proclamation, before which very few records exist for black America.

The first of its kind, the Freedmen’s Bureau (also known as the Bureau of Refugees, Freedmen, and Abandoned Lands) was established on March 3, 1865, to keep track of and service a populace that had suddenly been transformed, in the eyes of the state, from property to people. It collected demographic information on nearly 4 million newly free African Americans — records that could, as Smithsonian genealogy specialist Hollis Gentry put it in a recent e-mail to TIME, help Americans better understand “slavery, war, national healing, regional reconstruction and freedom,” if they were only accessible to public. Instead, they’ve been stored away in an archive in Washington, D.C.

The Freedmen’s Bureau Project seeks to change all that. A collaboration between the Smithsonian, the Mormon-run genealogy website FamilySearch and several African-American groups, the initiative will give the 19th century archive a 21st century makeover. In digitizing the Bureau’s millions of handwritten documents through crowd-sourcing, the project will create an unprecedented Internet database; a permanent museum exhibition; and, in providing detail, context and texture, perhaps a deeper understanding of contemporary African-American life in a time fraught with difficulty.

Reed is not just an enthusiastic would-be user of the projected database: he is also senior marketing manager at FamilySearch and Mormon himself. Given the site’s expertise, its staff has been tapped to do much of the digital heavy lifting in bringing the Freedmen’s Bureau online. Work started on June 19, a date known as “Juneteenth” that, this year, marked the 150th anniversary of the freeing of American slaves. While only a few years ago such an undertaking would have been prohibitively time consuming, the project is taking advantage of new technologies to crowd-source the initiative and bring it back into the realm of the possible. As of early August, 15% of the estimated 1.5 million documents had been digitized.

Would-be volunteers need only register and download a program to begin transcribing names, dates, places, relationships and significant facts from the documents. At the end, Gentry estimates, indexers will have identified several million names from those images — a scale larger than any other African-American genealogical project. “The records may reveal parallels with the past, and may help us to trace the origins and evolution of American society that resulted in contemporary events like Ferguson and Charleston,” she said.

All parties involved in the project are firm that religion has no role in their partnership. For Reed, the initiative is “not about saving souls,” he said. “It’s personal. For me, it’s about understanding who I came from.”

Sherri Camp, Vice President of Genealogy at the Afro-American Historical and Genealogical Society (AAHGS) — one of several community groups supporting the project — told TIME in an e-mail that the key is everyone working together toward a common goal. “Our motives are of like mind,” she said, “since genealogy is the language we have in common.”

Nearly all of the 32 AAHGS chapters are organizing trainings to support the digitizing effort, but the project’s end result will go beyond a database: Smithsonian staff are already considering ways the archive and the stories to be gleaned from it might be incorporated into the new Smithsonian National Museum of African American History and Culture, which is scheduled to open in 2016.

Camp finds both personal and professional excitement in such plans. It “changes the conversation about slavery,” she said, adding, “Reading about their lives helps us to understand the peculiar problems our country continues to face.”

Gentry herself has turned to the bureau to find her great-great-great grandmother, Rachel Hodges, a slave who was separated from her family through sale. With help from fellow historians, Gentry searched the pre-digitized bureau records to locate her ancestor in Atlanta after the war and find clues as to where she may have been enslaved. It’s an experience she hopes to replicate for others hoping to piece together a deeper understanding of their roots.

“I see where I fit and where my ancestors fit within the larger American story,” she said of her discovery, “and I am proud of that.” 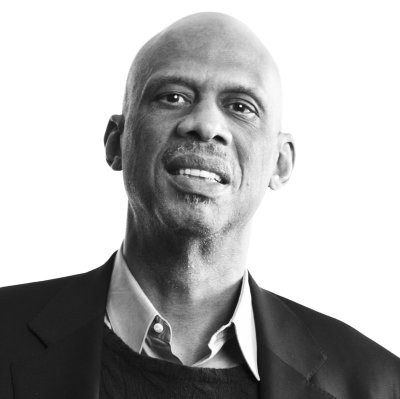 White People Gets It Right About Being White
Next Up: Editor's Pick