“No taxation without representation” was a rallying cry during the American Revolution, but on Last Week Tonight, John Oliver noted that paying taxes without having a vote in Congress is still a way of life for residents of the District of Columbia.

Oliver decried that the U.S. is the only democracy in the world that does not give the residents of its capital the right to vote in Congress, a situation that even the Dalai Lama, the exiled spiritual leader of Tibet, called “quite strange.”

While the District does have a representative in Congress, Eleanor Holmes Norton, she wields what Oliver called “pretend power, like a child watching Dora the Explorer,” due to the fact that she can’t vote on the House floor.

The U.S. Constitution gives Congress a lot of power to determine how the District is run, or as Oliver says, “as far as documents demanding control go, it’s right up there with the one Christian Grey made Anastasia Steele sign in 50 Shades of Grey.” Despite that power, D.C. has figured out some ways to circumvent Congressional strictures and made decisions that address the needs of their populace. However, Congress has frequently stripped funding for what they don’t agree with, including needle exchange programs to curb the spread of HIV and legalizing marijuana.

The problem could be resolved by an act of Congress, but when voting rights for the District last came up for a vote, only two members of Congress showed up for the debate, a number so low that Oliver considered it even “pathetic for a one-year old’s birthday party.”

Luckily, Oliver has a possible solution to the problem — but Floridians aren’t going to like it. 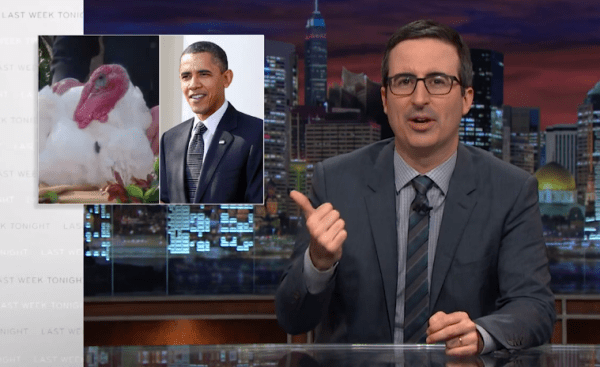