Doping in athletics is much more pervasive than previously believed, according to a recent investigation disputing the accuracy of drug tests carried out by the International Association of Athletics Federations (IAAF).

The British Sunday Times newspaper and German broadcaster ARD hired scientists to look over test results of 12,000 blood samples gathered from 5,000 athletes competing in international sporting events between 2001 and 2012. The files were provided by a whistleblower from within the IAAF, the BBC reports.

Leading anti-doping experts Robin Parisotto and Michael Ashenden, who were hired to carry out the investigation, found a marked increase in doping and blood transfusions to boost athletic performance in the last decade since 2001. The findings are detailed in an ARD documentary, Doping — Top Secret: The Shadowy World of Athletics.

Ashenden said that the data shows “a shameful betrayal of [the IAAF’s] primary duty to police their sport and to protect clean athletes,” comparing the current doping problem to that of cycling in the time of disgraced seven-time Tour de France winner Lance Armstrong, who was subsequently stripped of his titles for taking banned substances.

The findings suggest that over a third of the athletes who won medals in endurance events between 2001 and 2012 allegedly had suspicious test results, including ten athletes at the London 2012 Olympics. None of these have been stripped of their medals, according to the BBC. The report also alleges that 80% of Russian medalists tested showed dubious lab results. TIME has not been able to independently verify these allegations.

The International Olympic Committee has also since announced that they will punish any Olympic athletes that are found guilty of doping upon WADA’s review of the data, the AP says.

The IAAF has responded to the investigation by claiming that the allegations “are largely based on analysis of an IAAF database of private and confidential medical data which has been obtained without consent.” They have promised a detailed rebuttal to the leak. 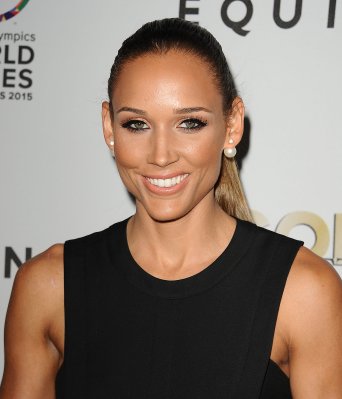 Did Lolo Jones Just Say She Could Last At Least a Minute Against Ronda Rousey?
Next Up: Editor's Pick