Hillary Clinton’s campaign will air the first two television ads of the Democratic primary race on Tuesday, as part of an effort to head off Republican attacks and present Clinton as a “tenacious fighter” for everyday Americans.

In a five-week ad buy worth $1 million each in Iowa and New Hampshire, Clinton will share her personal story, explaining how she drew inspiration mother’s life, and discuss her work in and out of government on behalf of children.

The two advertisements, which appear geared to building Clinton’s reputation as a politician who cares about regular voters, will air in Des Moines and Cedar Rapids, Iowa’s biggest media markets, and statewide in New Hampshire.

“When I think about why I’m doing this I think about my mother Dorothy. She was abandoned by her parents at the age of eight, sent from Chicago to LA to live with grandparents who didn’t want her,” Clinton says in the first advertisement. “But people showed her kindness, gave her a chance.”

Accompanied by footage of mothers and their children, Clinton says say, “That’s why I’m doing this. That’s why I’ve always done this. For all the Dorothys.”

The second advertisement focuses on Clinton’s time after college, when she worked for the Children’s Defense Fund, a kids’ advocacy group, and then touts her work on school reform and health care. The ad then turns to Clinton’s time as senator from New York, when she “made sure the heroes and families of 9/11 got the care they needed,” according to a voiceover.

The ad buys fit in with a larger theme the campaign has sought to broadcast since she announced: that Clinton has long been a strong advocate for children and Americans, a trait she learned from her own mother’s difficult childhood.

The Clinton campaign had long planned to air television ads sometime in the late summer, a campaign official said. Republicans are amassing cash for large ad buys in the four early states, and Clinton’s campaign anticipates that much of it is intended to attack Clinton.

Clinton’s spots aim to define the Democratic frontrunner with a positive biographical message.

“We’re going to make sure everyone knows who Hillary Clinton really is — who she fights for and what has motivated her lifelong commitment to children and families,” campaign manager Robby Mook said in a statement. “Since Day One, we’ve planned for a competitive primary with Hillary herself working to earn every vote and, ultimately, the nomination. This is the natural next step.”

According to a nationwide Quinnipiac poll released at the end of July, 52% of Americans believe Clinton does not care about their needs.

Clinton’s campaign hopes that when voters know the Democratic frontrunner’s personal story, much of which was deemphasized during her last run for president, her poll numbers will improve.

The campaign filmed the footage of Clinton speaking to the camera about her mother in the first advertisement in June, as part of a plan to show Clinton’s record.

Sen. Bernie Sanders, Clinton’s challenger for the Democratic nomination, has gained momentum in Iowa and New Hampshire but is still at least 10 points behind her in polls. 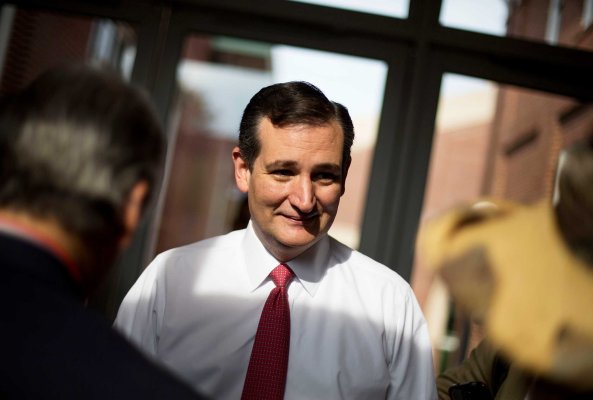